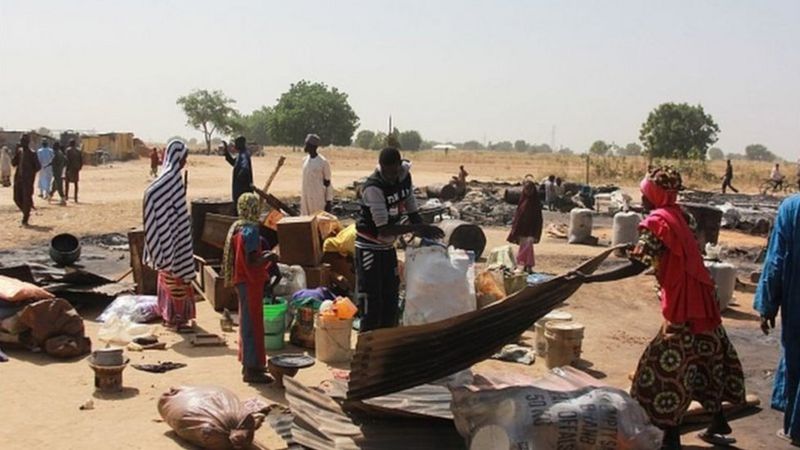 Reports from Katsina state say seven people have been killed by gunmen in three days in the state’s Sabuwa Local Government Area.

He explained that two of the victims were not locals, “they were killed while travelling in a Dangote truck, the other five are locals and have already been buried.” He said.

Honourable Danjuma testified that the main thing that upset him about this attack, was that a woman and her husband were killed.

He explained that the insecurity in the area had led to the people in Tashar Bawa not being able to sleep in the town.

BBC contacted Katsina State Police spokesperson SP Gambo Isah for more information on the matter, but he said he was unaware of the number of casualties, he, however, promised to return the call when he has more information.

The northwestern region of Nigeria is one of the most insecure areas where in recent days it has been reported that insecurity has forced residents of six towns in Zamfara State to flee to Kebbi State after they were attacked by gunmen, killed five people, abducted five others, and set fire to crops.

In the north-eastern part of the country, Boko Haram militants have been on the run, and last week they were accused of carrying out an attack in which 43 farmers were slaughtered.