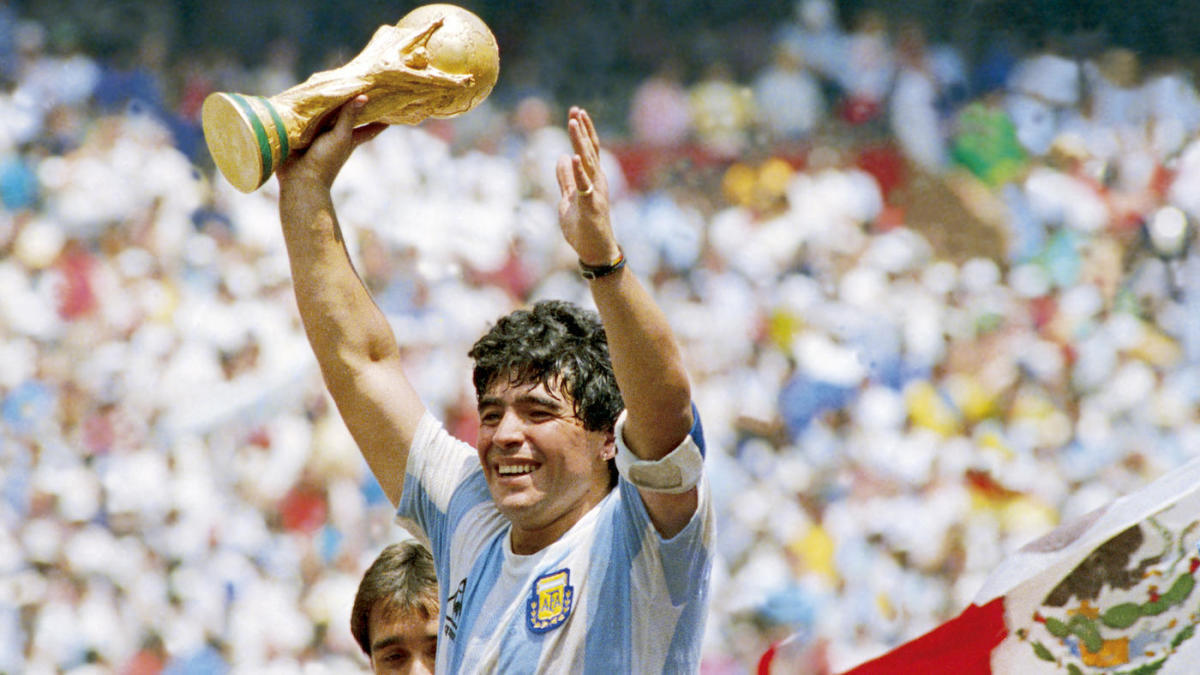 The legendary Argentine footballer died in the town of Tigre at the age of 60 two weeks after undergoing brain surgery to remove a blood clot, according to reports from local newspapers.

Maradona regarded by some as the greatest football player of all time was part of the Argentine team that won the World Cup in 1986. He also played for Boca Juniors, Napoli, and Barcelona among others during an illustrious career that spanned many years.

The Football legend who battled drugs and alcohol addiction led club teams to championships in Argentina, Italy and Spain.

Maradona starred for Boca Juniors, Napoli, Barcelona and many others.

Here are few things you need to know about the soccer legend:

1. Diego Armando Maradona was born on October 30, 1960, in Villa Fiorito, a province of Buenos Aires, Argentina.

2. He was fifth of eight children raised by Diego Sr. and Doña Tota

3. At 10, Maradona joined Los Cebollitas, a youth team of Argentinos Juniors, one of the biggest clubs in Argentina.

4. The pinnacle of his career came as a member of the Argentinean national team that won the 1986 World Cup.

5. Two memorable goals in his career history was when he scored illegally with his left hand, which Maradona later claimed was the work of “the hand of God” and the second required no supernatural help other than his ability to dribble past an onslaught of English defenders to find the back of the net.

7. He battled drug addiction for years, and was taken into intensive care at a Buenos Aires clinic, where he was treated for heart and blood pressure problems.

8. He became a father for the 1st time at age 25 when his one-time girlfriend Cristiana Sinagra gave birth to their son Diego Maradona Jr. on September 20, 1986 in Naples, Italy. Diego Maradona recognized him as his son in 2016.

9. He became a father for the 2nd time at age 26 when his girlfriend [now ex-wife] Claudia Villafañe gave birth to their daughter Dalma Maradona on April 2, 1987 in Buenos Aires, Argentina.

10. He also became a father for the 3rd time at age 28 when his girlfriend [now ex-wife] Claudia Villafañe gave birth to their daughter Gianinna Maradona on May 16, 1989 in Buenos Aires, Argentina.