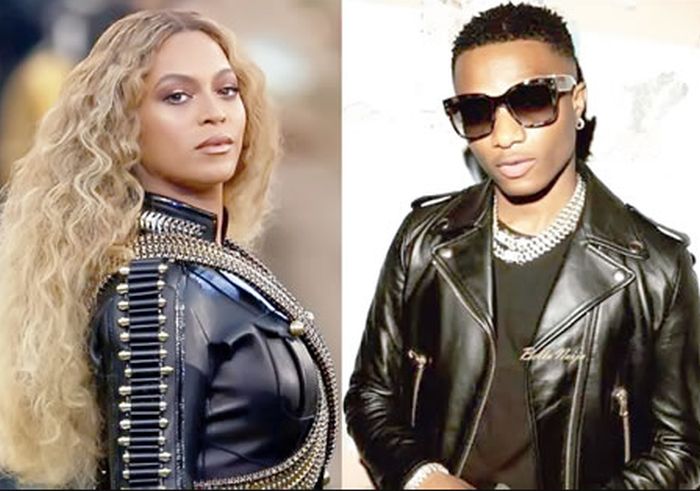 Renowned United States singer and actress, Beyonce has been called out on social media by fans of Nigerian singer, Wizkid, after she excluded him from the Grammy Awards nomination.

Naija News understands that Beyonce had featured the Nigerian singer in her ‘Brown Skin Girl’ but sidelined the singer while nominating artists for the next Grammy Awards.

Wizkid’s fans called the American singer ‘demon’, describing her decision on their artist as ill-treatment. A social media user identified as Swagger_Jeffery, who was unhappy with the development took to social media to condemn Beyonce.

He wrote: “@Beyonce, why TF you robbed Wizkid of the award?… Why wasn’t he credited? My guy literally carried this song on his back (he f*cking saved your flop album) just for you to rob him of his right… is that how you will pay him back? your’re a demon… culture vulture” 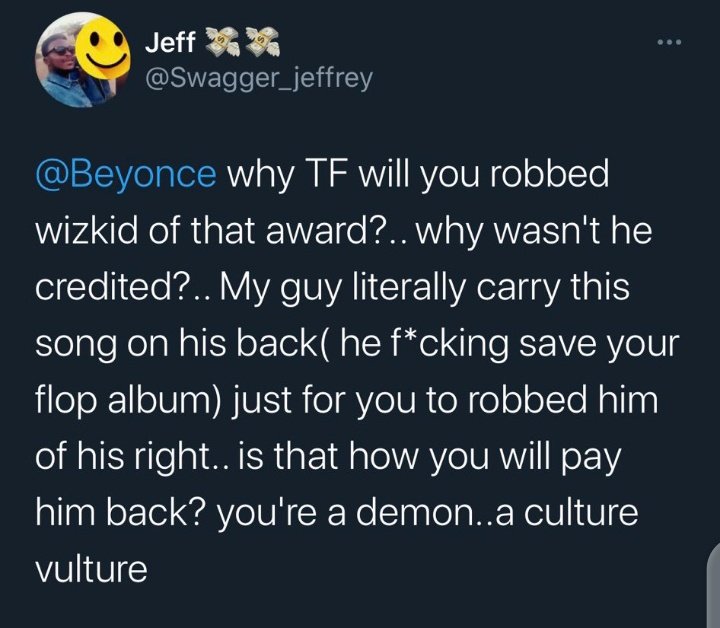 On his part, Olayinka [@KingLukhenzy], who felt that trolls on Beyonce are unfair noted that different African artist took part in her album but only Wizkid collaboration got nominated in the award.

He tweeted: “For those saying Wizkid wasn’t nominated I hope you don’t forget that the same song was from Beyoncé album where different artist from Africa took part but only Wizkid collaboration got nominated for Grammy

Another Wizkid fan, Mide of Luxemborg [@holusnow] again questioned why his artist was not given credit in the Brown Skin girl song. He said: “Why didn’t Grammy give Wizkid credit on that Beyoncé “Brown Skin girl “ nomination.”

Juniho fidelis [@Junihofidelis] tried to give clarification on why Burna Boy’s nomination can not be related to Wizkid’s. According to him, Beyonce’s Brown Skin Girl song was for herself and her child.

“Abeg nobody should compare @burnaboy grammy nomination with @wizkidayo own o, na burna get him album but Wizkid tag along. Na Beyonce and her pikin get song,” said Fidelis.

Daddy Freeze revealed this in a post on his Instagram page on Wednesday, November 25, Naija News reports.