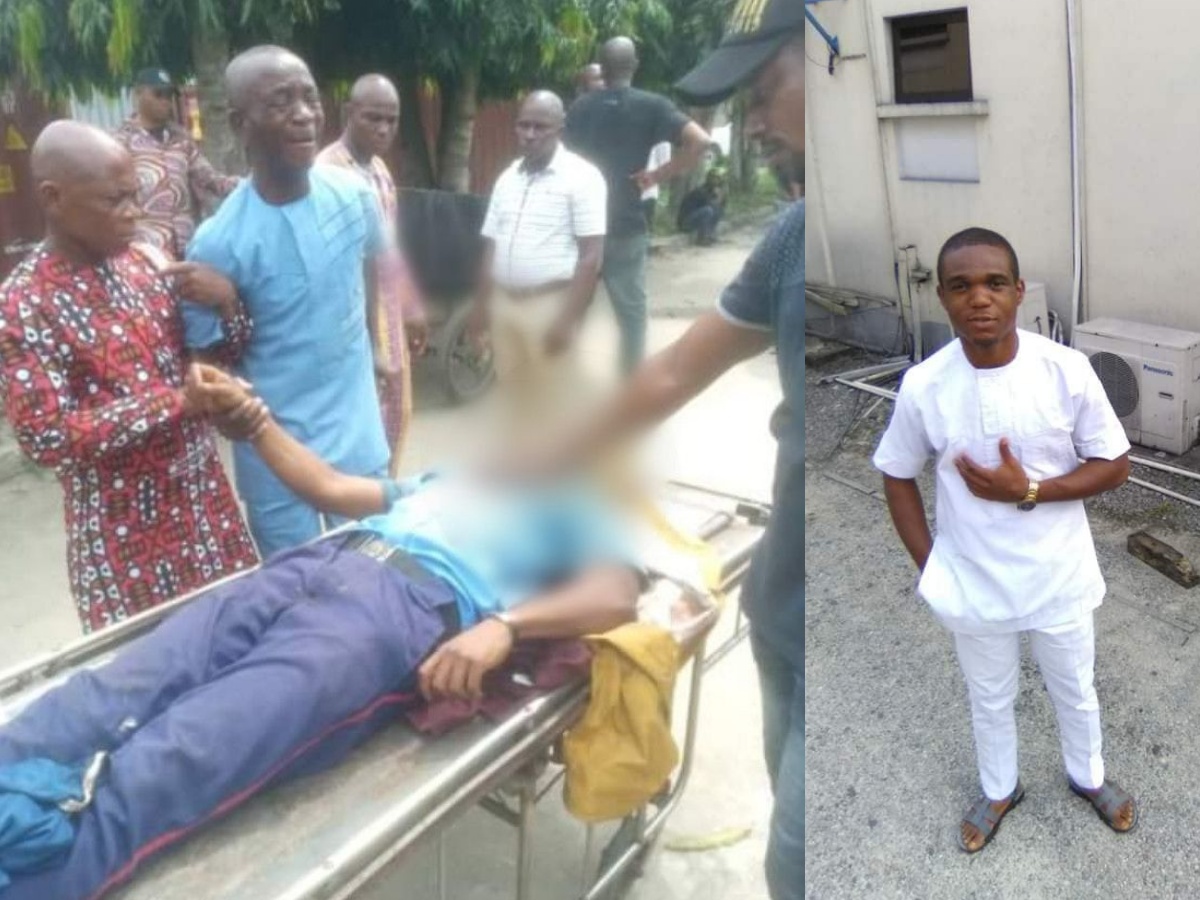 Mr Innocent Gbaraka, the father of a security guard reportedly shot dead by a Marine Police Officer a few days ago at a company in River State has lamented and demanded justice over the loss of his proud son.

The 62-year-old retiree threatens to commit suicide, lamenting that his only hope, the breadwinner of his household has been killed at his tender age.

Naija News understands that one Gospel Gbaraka was allegedly gunned down at his duty post by a police officer who works in the same company as him in Port Harcourt, the state capital. It was reported that the 28-year-old Accounting graduate of Imo State Polytechnic was shot at by one Inspector James, a Marine Police officer attached to a company at Abonnema wharf in Port Harcourt, on Sunday, November 22.

The incident that led to the killing of the young man remained unknown at the time this report was filed. It was, however, confirmed that Gospel was shot in the head and had been deposited at the University of Port Harcourt Teaching Hospital mortuary.

Reacting to the sad development on Monday, November 23, Mr Gbaraka told journalists that he has no reason to continue living after his son’s death. According to him, he was in Church when someone came to inform him that his son who left home for work is no more.

Gbaraka said he thought the report was some expensive joke until he was taken to UPTH where he saw his son in his security guard uniform laying dead in a pool of his own blood.

“When I asked the supervisor of the company where my son worked what happened, he told me that a policeman attached to the same company shot my son dead, the supervisor said the policeman is inspector James,” Gbaraka revealed.

He added, “So, when the investigating police officer (IPO), who said his name is Innocent, told us inspector James that killed my son was detained at Mile One police station we went there to know what really happened. But instead of explaining the situation to us, we were harassed and beaten up. The policemen threw my wife and daughter out of the place. They said we should go to the marine police station.”

Mr Gbaraka insisted that he want justice to prevail for his son, noting that he was his only hope been a graduate.

He said, “I don’t know what my first son did to the policeman that killed him, all I want now is for justice to prevail. I don’t have anybody that is why I haven’t stopped crying since the incident, my son was my only hope, he was a graduate of the Imo State Polytechnic. I’m finished, my son has always cared for me and his mother,”

“I want to hang myself because that is the best thing for me to do now, the only thing I am waiting for now is justice, if justice does not prevail, then I have nothing to continue living for, he was supposed to bury me, not me burying him.”

On his part, while confirming the incident, spokesman of the State Police Command, Nnamdi Omoni, told newsmen that appropriate action has been taken.

“I spoke with the divisional police officer (DPO) who confirmed it to me. So we are awaiting the details,” said Omoni.

Meanwhile, a Deputy Comptroller of the Nigeria Immigration Service, Alhaji Usman Ndagi has reportedly died a few hours after receiving the report of his sister’s death.