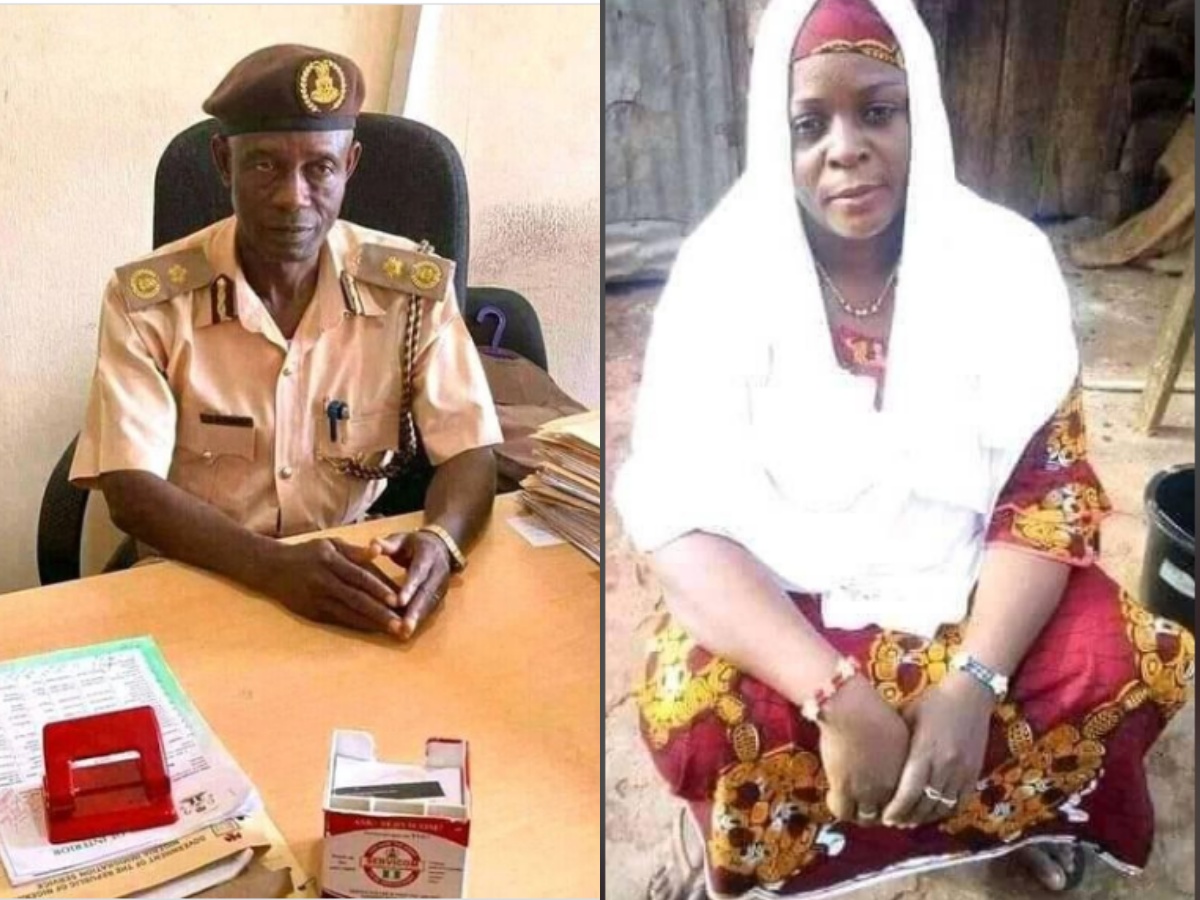 The people of Mokwa, Mokwa Local Government Area of Niger State has been left in mourning following the death of an officer of the Nigeria Immigration Service, Alhaji Usman Ndagi who reportedly died a few hours after receiving the report of his sister’s death.

Naija News learnt that Ndagi who is well recognized with the name Yandakoture among his peeps and locals died in the early hour of Thursday, November 19 in Abuja after complaining of having dizziness.

Reports had it that the late officer’s sister had died on Wednesday night, November 18.

Giving details on the sad development, a member of the community, Yax Mokwa, revealed that Nnadi who newly got promoted to the rank of a Deputy Comptroller in the Nigeria Immigration Service died shortly after complaining of dizziness while his bags were being packed in the car for the journey to Niger State to bury his dear sister.

Mokwa revealed this in a post on his social media account. He wrote “One of Kin Mokwa’s most illustrious sons is shockingly gone. Alhaji Usman Ndagi (popularly known as Yandakoture). A mentor, amiable, accomodating, and always has his people at heart, providing opportunities for them to develop and empower themselves. His many positive impacts on our society are immeasurable,”

“The death of his sister came as a shock yesterday to everyone and he was set to leave Abuja for Mokwa this morning. He asked for his bags to be taken to the car as he was feeling a little dizzy and would want to relax a little only for them to return to a lifeless body.”

“I saw him on the 6th of September this year at his house in Minna and spoke with him last week over the phone not knowing that those would be my last moments with this man that has a lot for one to emulate most especially when it comes to giving back to our society. This is indeed a painful death to us all and if death could take something else we gladly would have offered but this is a promise of Allah that all of us will surely taste death, one after the other. His sister yesterday and him this morning and we are next.

”May Allah grant the two of them Jannatul-Firdaus and give the families they left behind the fortitude to bear these irreparable losses,” Mokwa prayed.

On his part, a Facebook, Jibrin Muhammed Lwafu, who recounts Ndagi’s contribution to his society before his death wrote: “I wish to extend my heartfelt condolence to the families, and the entired Mokwa LG of Late Ndagi Usman (DCI) & the sister Hajiya Nnakaka who both returned to Almighty Allah.

“Indeed, people of the community will continue to remember both of you, for your immense contributions to the development of the community and the country in particular and humanity in general. The demised of Late Ndagi Usman (DCI), is a great loss not only to his immediate family members and the community but all Nigerians.

“I prayed to Almighty Allah to grant them Aljannah Firdaus and also grant the families and the community a fortune to bear the irreversible loss. Ameen.”