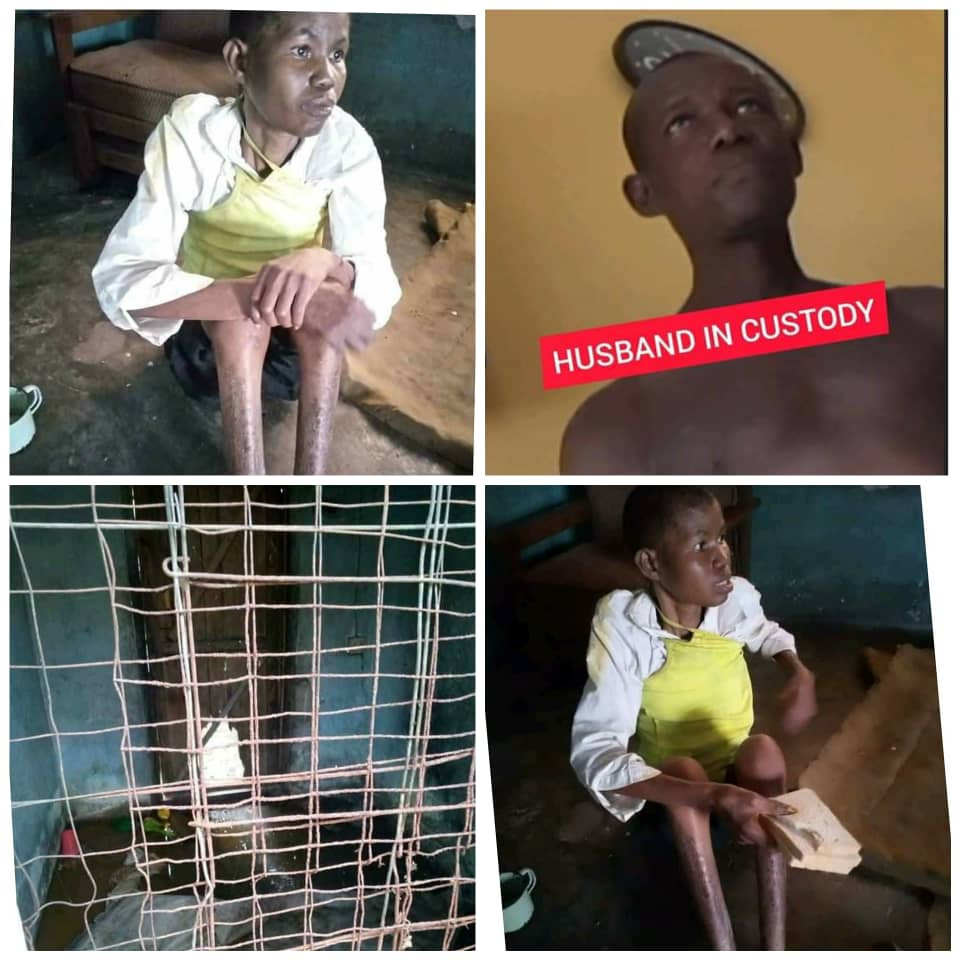 Mr Ame Edjeket, the man who abused his wife for four years by locking her up in a cage over witchcraft has been apprehended by the Delta State Police Command, Naija News learnt.

Naija News had reported earlier that a mother of eight was caged and sexually abused by her husband for four years. The development was revealed in a social media post on Tuesday, November 17 by a Nigerian Human Rights Activist, Harrison Gwamnishu.

However, reports emerging today confirmed that the 41-year-old man has been arrested by police operatives.

Naija News understands that Edjeket accused his wife of being a witch, adding that she is behind the financial challenges being faced in their home in Orerokpe are of Delta state.

Meanwhile, Gwamnishu had in his report on Tuesday alleged that the victim whose name is given as Gladys, gave birth to her last three children inside the cage as her husband do enter into the room where she was locked to have sex with her.

Speaking after his arrest, Edjeket insisted that his wife was a witch and mentally challenged. He said he had taken her to her relatives but that she was rejected.

However, Gladys is said to be receiving treatment at the Orerokpe General hospital in Delta state.