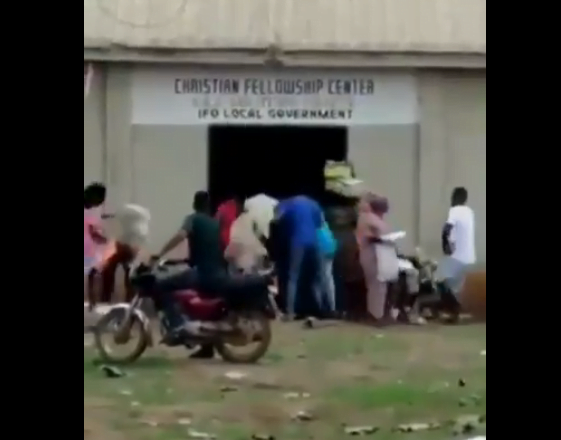 A storehouse inside a Church in Ifo local government area of Ogun State has been invaded by some looters, Naija News reports.

As seen in a now-viral video on social media, the Christian Fellowship Center was invaded by the looters believed to be residents of Ifo communities. Some persons believed to be Muslims were also spotted rushing in and out of the Church with food items which include Indomie noodles, rice, garri and others.

Naija News understands that the food items were stored in the church premises for reasons unknown to the general public.

Looters Cart-Away Food Items In A Church In Ogun pic.twitter.com/NGDKNtZ821

Ezekwesili in a thread of tweets on her verified Twitter account on Tuesday, October 27, also condemned the killings of protesters at the Lekki Toll Gate in Lagos State, Naija News reports.