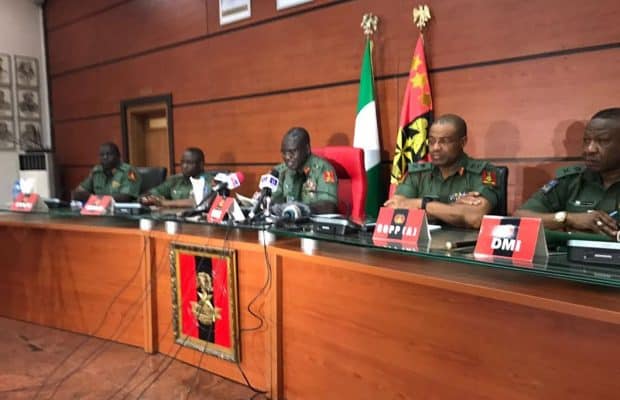 The meeting which is being held at the Army Headquarters in Abuja is said to be in relation to the security situation in the country.

In attendance were the General Officers Commanding of all the divisions of the Nigerian Army, commanders of the various army operations, unit commanders, commander, Guards Brigade, and other top officers.

Meanwhile, in another development,  the All Progressives Congress (APC) National leader, Bola Tinubu, has proposed that revenue from the Lagos State Lekki tollgate should be donated to confirmed victims of the shooting that occurred during the #EndSARS protest.

According to him, other identifiable victims of police brutality in the state should also benefit from the proceeds.

Tinubu in a statement on Sunday also absolved himself from allegations of ordering the deployment of soldiers against the peaceful protesters.