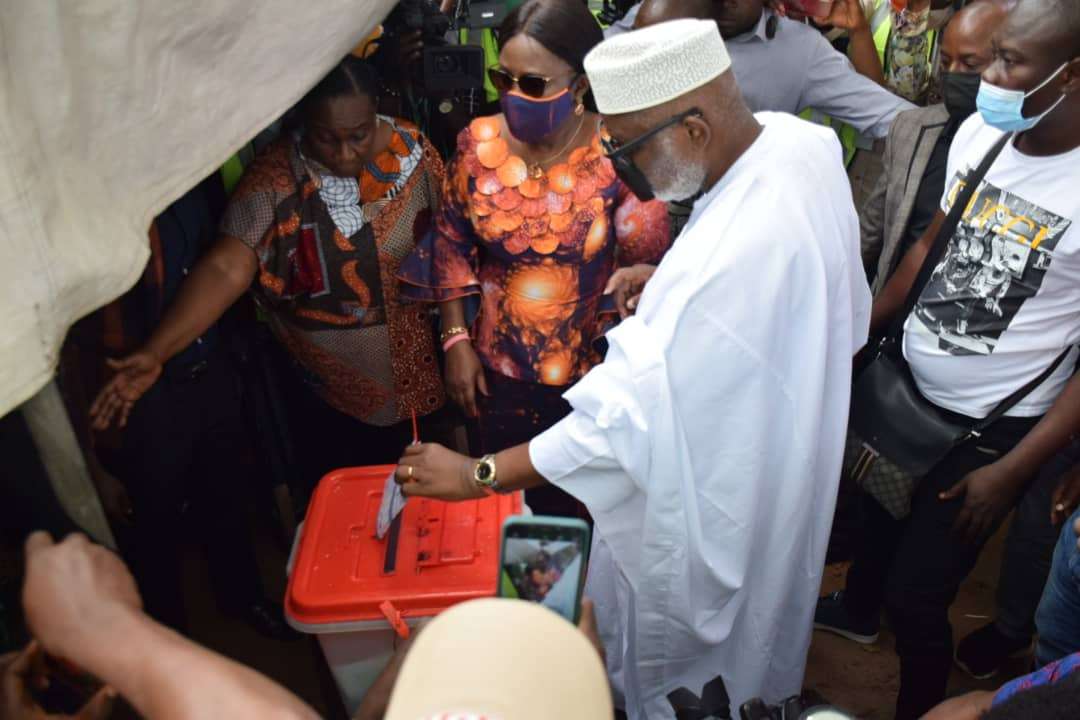 The candidate of the All Progressive Congress, APC, in the ongoing Ondo State governorship election, Rotimi Akeredolu and his wife, Betty Anyanwu-Akeredolu, have cast their votes at the PU 006, Ijebu II ward 05, Ijebu-Owo LGA, Naija News reports.

However, chaos reportedly started at the polling unit after Akeredolu attempted to address journalists moments after he voted. 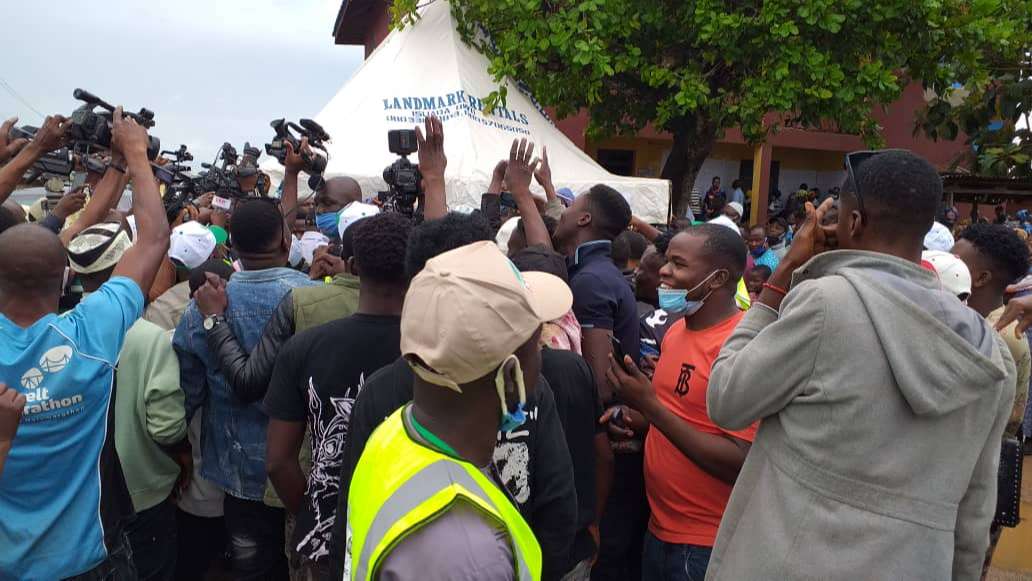 Moment Akeredolu was trying to address journalists after voting

Meanwhile, electorates at ward 10 unit 13 in Ifedore LGA reportedly disregard the COVID-19 guidelines as they struggle to vote the candidate of their choice.

Stay tuned on Naija News to get LiveUpdates from the ongoing process.