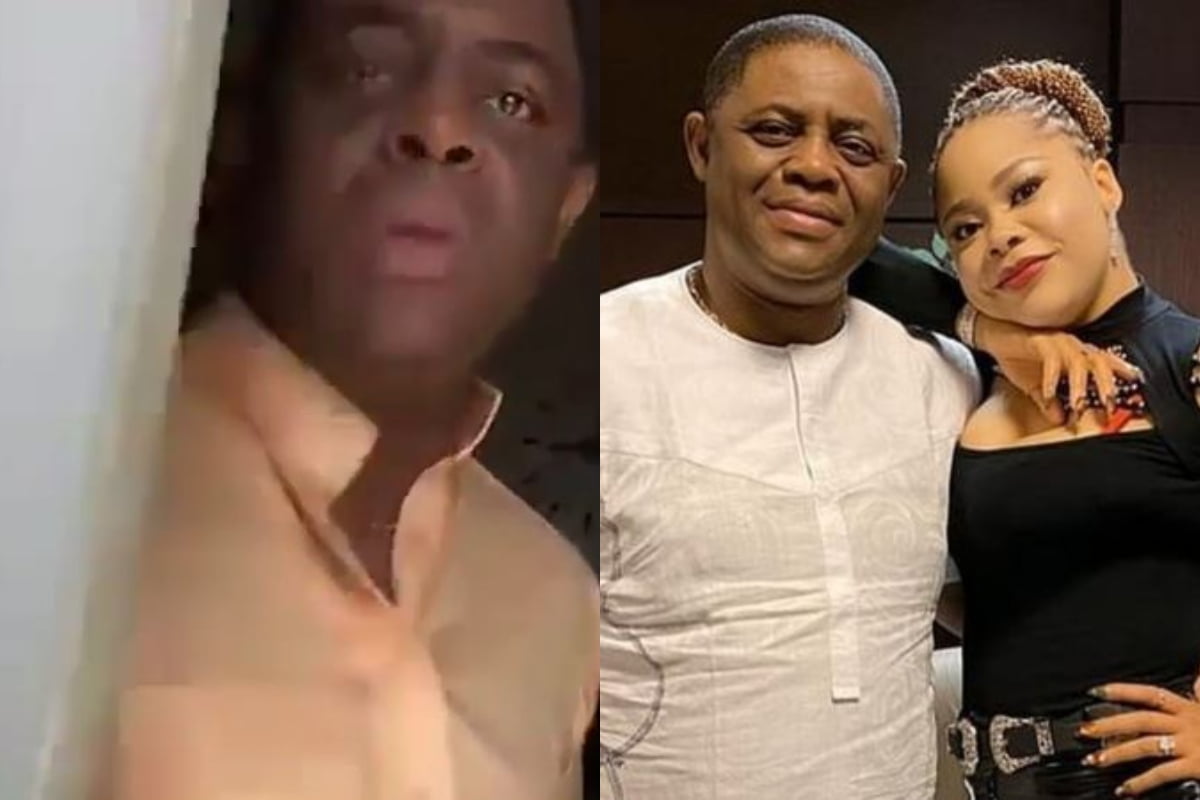 In the video Fani- Kayode tells Precious that she is always insulting him, and “Everybody wants peace but you, its insult… what’s your problem?”

Precious, however, replied FFK saying that he had been abusing her since without her saying a word

The short clip has now started going viral and both camps might release more clips in the coming days and weeks to defend their themselves and paint the other side in a bad light.

Naija News recalls that FKK had part ways with his wife, Precious Chikwendu, with whom he had four children all male.

A Nigerian blogger, Stella Dimokorkus, had reported that Fani-Kayode and his wife separated over domestic violence, adding that his triplet sons may not have been fathered by him. The bloggers alleged that the children were conceived through IVF and that his wife Chikwendu had demanded a DNA test.