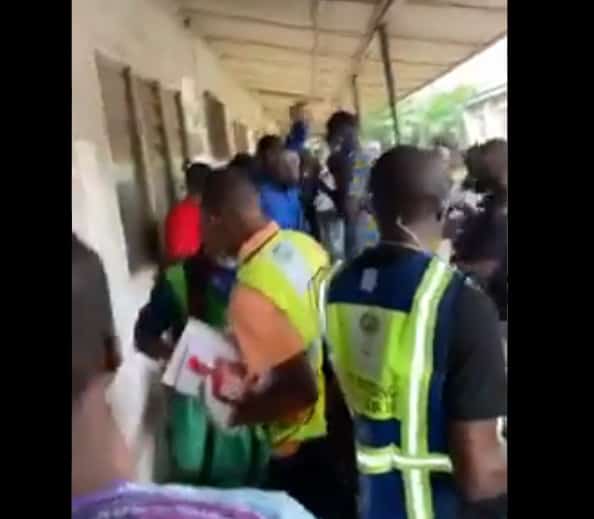 There was pandemonium at the Oredo local government area of Edo, Edo South on Saturday morning during the governorship election process, Naija News reports.

The chaos reportedly started at the Governor Godwin Obaseki polling unit after a Chieftain of the All Progressive Congress allegedly attempted to snatch election materials but was resisted by the people at the polling unit.

Naija News learnt that the disruption started after the incumbent Governor entered the polling unit.

The report was confirmed by the Peoples Democratic Party on its official Twitter account on Saturday, September 19.

Watch the video below as posted by the Official PDP Nigeria;

#EdoDecides2020: In Oredo LGA, Edo South, a chieftain of the @OfficialAPCNg, tried to snatch election materials, but was resisted by the people at the polling unit. pic.twitter.com/J5v7EiYw7T

In another news, Naija News reported that supporters of the Peoples Democratic Party and the All Progressives Congress in Edo State clashed in Oredo Local Government Area of the state.

Information gathered revealed that the incident was due to some APC youths attempting to share money but were resisted by their PDP counterparts.