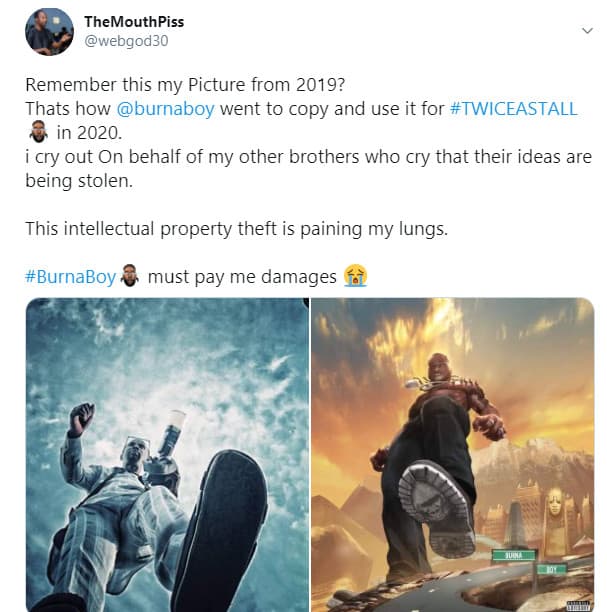 Burna Boy has been accused of intellectual theft in his recently released ‘Twice as Tall’ album.

A Nigerian photographer with the Twitter handle, @webgod30 who made the accusation, alleged that the singer stole the idea of the cover photo for his album from a 2019 photo he shared.

Remember this my Picture from 2019? Thats how @burnaboy went to copy and use it for #TWICEASTALL in 2020. i cry out On behalf of my other brothers who cry that their ideas are being stolen. This intellectual property theft is paining my lungs. #BurnaBoy must pay me damage

Meanwhile, Burna Boy has set a new record as his album, Twice As Tall emerges No.1 album in the whole world.

Burna Boy’s 5th and most recent album is currently occupying No.1 spot on Billboard’s world album chart for the week.

This new feat has made his album, the highest peaking Nigerian album on the popular music chart after Nigerian Gospel singer, Sinach.