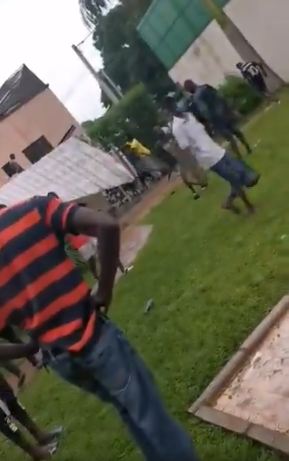 A video showing the moment protesting youths in Mali took over the Milian Presidential Villa has emerged.

Shortly after this, another video emerged, showing the moment Mali’s Presidential Villa was taken over by young protesters following President Keita’s arrest by the soldiers of the Milian Army.

In the video, the apparently excited young Malians could be seen playing inside the swimming pool at the Malian Presidential Villa.

Mali’s Presidential Villa has been taken over by young protesters following President Keita’s arrest by the Army. pic.twitter.com/a9MMsftusY