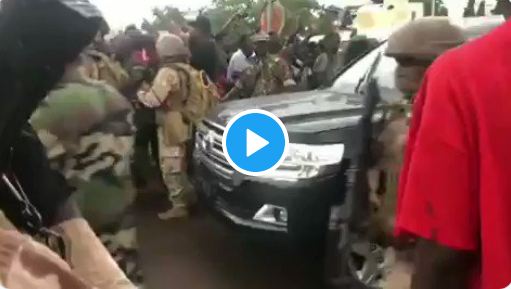 These guys in Bamako, Mali are crazy. They just arrested their President for corruption. ^DoS pic.twitter.com/7aBLnb2y4l

Meanwhile, several government officials and senior army officers have been detained in the capital of Bamako and at the nearby military base of Kati, unrest were allegedly caused by the financial demands of the soldiers, according to earlier reports on Tuesday.