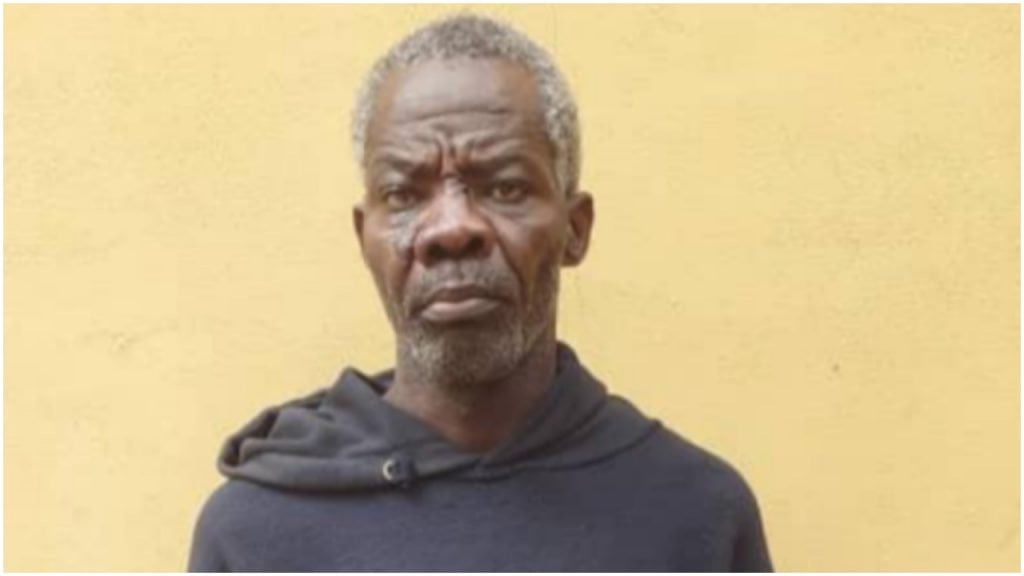 The arrested cleric was also identified as the founder and General Overseer of The Church of Lord, Olomore Abeokuta, the Ogun State capital.

The cleric was detained following a report that the mother of the victims informed the police at Lafenwa that she fell sick sometimes in 2018 and was taken to the church for spiritual healing.

The spokesperson of the command, Abimbola Oyeyemi, noted that the woman accused the pastor of directing her entire family to relocate to the church premises to avoid being afflicted with the same sickness.

“There and then, the prophet started having sex with her daughters of 16 and 13 years of age, unknown to her. The pastor impregnated the two underage girls and went on to procure abortion for them in a private clinic,” Oyeyemi said.

A further report revealed that the cleric also defrauded the family of N2million naira cash, which he reportedly collected for what he called ‘spiritual cleansing’.

Following the report filed at the police station, the DPO of Lafenwa division, CSP Muraina Ayilara, led his men to the church but the place has been deserted, it was gathered.

The Commissioner of Police in the state then ordered the police to hunt for the suspect.

“In compliance with the CP’s directive, the DPO and his men embarked on intelligence and technical-based investigation, and their efforts paid off when the prophet was arrested on the 6th of August 2020 at about 5 am.”

“On interrogation, the suspect confessed to the commission of most of the allegations levelled against him and that it was the reason why he ran away when he heard that police are looking for him.”

is an Associate at Naija News. He is a news media enthusiast, he holds a degree in psychology and loves exploring and sharing about the enormous power that lies in the human mind. Email: [email protected]m, Instagram: adeniyidman