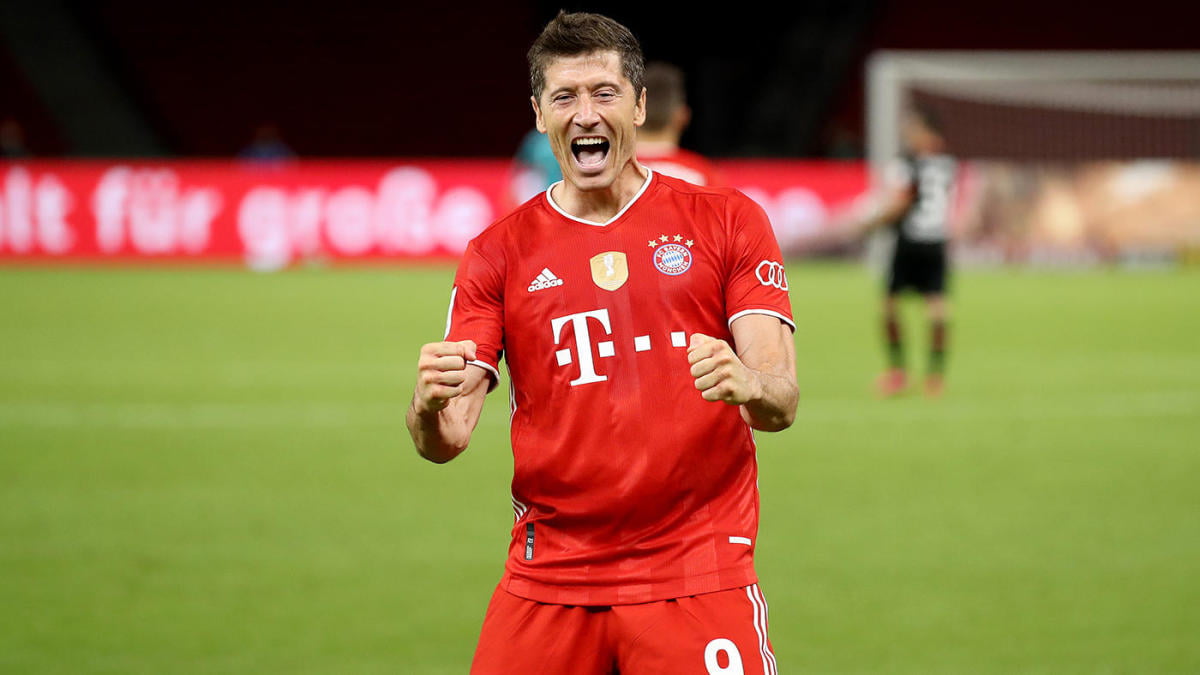 Robert Lewandowski has really shined and scored many goals this season.

However, the striker insists he has no intention of breaking Cristiano Ronaldo’s record, following Bayern Munich’s victory in the quarter-finals of the Champions League.

The 31-year-old Poland international scored twice as Munich beat Chelsea 4-1 on Saturday to make it 7-1 on aggregate.

Lewandowski has scored 13 goals in seven Champions League appearances this season, four less than Ronaldo’s record of 17 goals in a single season in the competition, in 2013-2014 when he was at Real Madrid.

If Bayern Munich reaches the final in Lisbon, the player will play five games up to final, which is an extra chance to break Ronaldo’s record.

“It’s not my ball,” the striker said when asked about Ronaldo’s history.

“We have other games to play, I’m just happy with the way we’re getting the chance and scoring.”

Lewandowski may be making progress but he still has a long way to go before he can meet up with the Juventus striker.

The Portugal international is the all-time leading goalscorer in the Champions League, with 130 goals – 64 goals between him and Lewandowski.