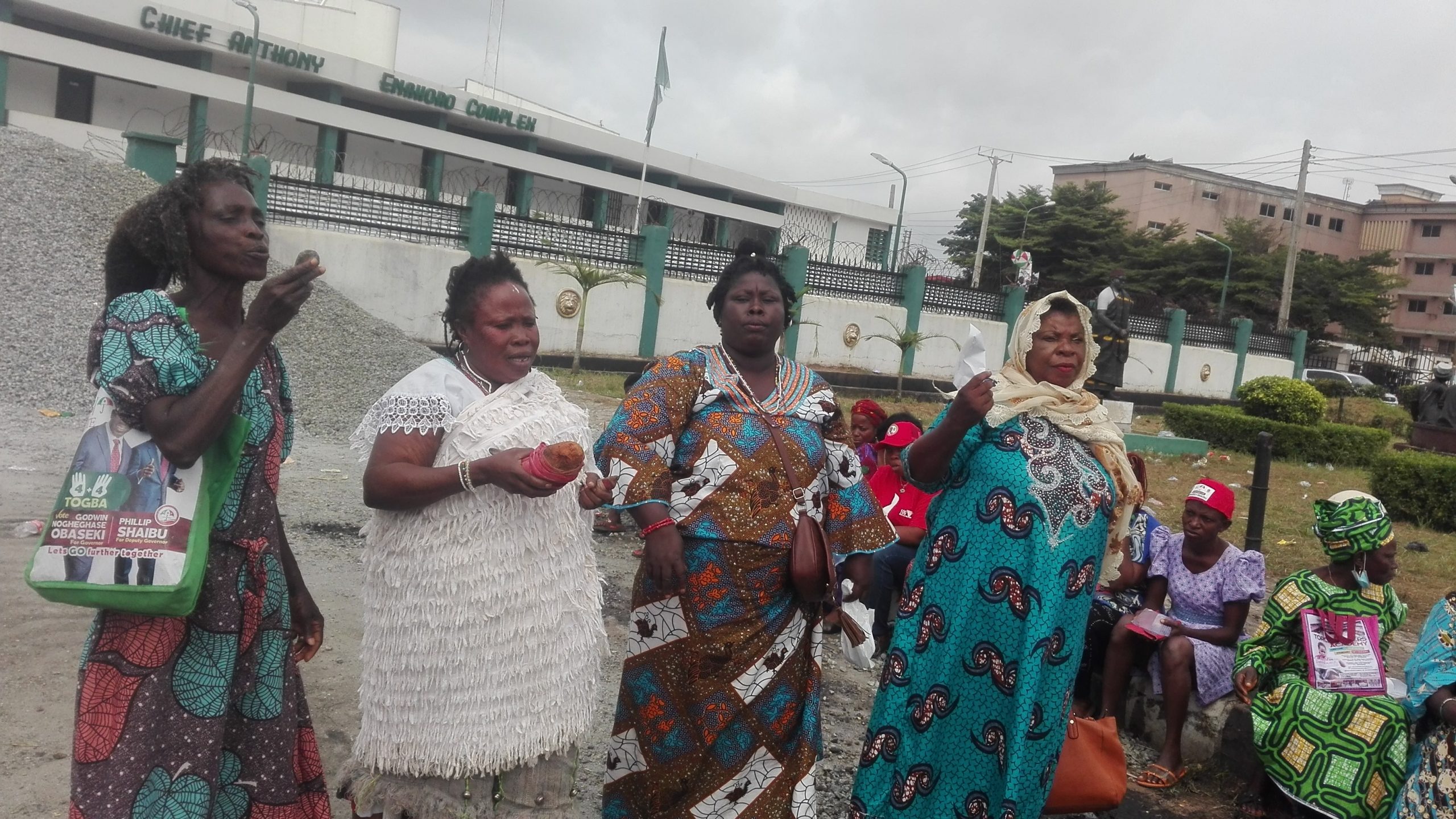 Residents of Benin City, Edo State have prevented lawmakers loyal to former National Chairman of the All Progressives Congress (APC), Adams Oshiomhole, from gaining access into the State House of Assembly.

The lawmaker on Friday tried to gain access into the Assembly complex with the aide of security agents but were prevented by members of the Peoples Democratic Party (PDP) and other groups.

Among those who prevented the pro-Oshiomhole lawmakers from entering the Assembly complex were priestesses of Benin extraction, who are traditional worshippers.

Speaking on behalf of others, the priestess of Ekutetebite Negwogho group, Princess lnibokun lmasemwenbor, said she inherited her symbol of authority as juju priestess from her grandfather.

She added that whatever she pronounced on anyone would come to pass.

“I was at home when I saw on television the crisis at the Edo Assembly. I heard some of the things said that some people from other ethnic groups are trying to turn Benin upside down. We Benin people don’t like what they are doing.

“APC is oppressing Obaseki; that is mere oppression, they want to oppress our Obaseki.

“Why I am interested in the matter is that we did not have access road to my community before Obaseki became Governor. We used to spend so much to come to Benin. But now, we can travel in and out of our community with ease, no more erosion.

“For that reason, I must support Obaseki for a second term. Whoever says he will turn the state upside down to rig the election, let the heads of our ancestors torment them.

“Obaseki is a peacemaker, he gave us amenities of life and for that reason, I have to back him up with my strength.”