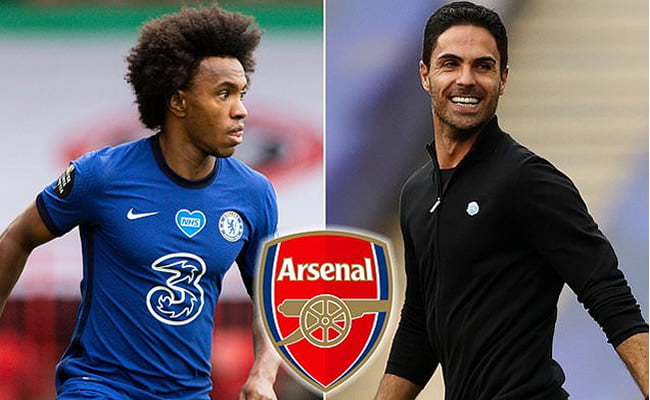 According to ESPN, an official announcement will be made by the North London side later this month.

West London side, Chelsea have been trying to sign Willian on a two year deal, but the Brazilian insisted on a three-year deal against the two year offer which was on the table.

The Brazilian despite being offered a significant wage package of £140 a week by Chelsea, Willian has now opted to join london rival, Arsenal, in a three year deal that will seen him earn £100,000 a week.

Willian brings an end to a seven year spell in West London where he won two Premier League titles with the Blues.