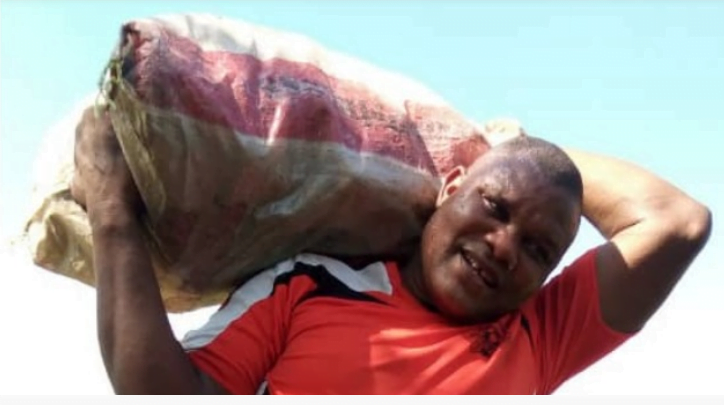 Former Flying Eagles defender and now a coach to Sunshine Stars football club, Mr Kayode Julius has cried out that he is fed up of farming activities as a result of pause on football games across the country.

The Nigerian coach who had also in the 90s played for Enugu Rangers amongst other top clubs in the country during a recent interview with newsmen stated that he missed moments with his players and could not speak to his farm produce as he would to them on the field.

The coach noted that he is becoming tired of the whole situation which started since March when sports activities were halted in the country due to the outbreak of the deadly virus.

Julius said he is eager to see himself back to work as a coach, adding that he only chose to resort to farming work since football activities were suspended.

His statement reads; “There is a big difference between being on the pitch and working on the farm, in as much as I derived joy doing both. A lot of people know that I have been farming even before COVID-19, which halted sporting activities, and I will continue to be a farmer after I retire from the game.”

“Though both tend to put food on my table and I enjoy doing them but I enjoy being on the pitch more because it is my profession. You get to do a lot of things on the pitch and you are mentally alert, you get to interact with people and exchange ideas. But you don’t experience these on the farm. It is more of a daily routine because once I leave the farm, I come home to sleep. We know it is not possible to talk to my cassava, so it is basically not as lively as being on the pitch.”

Mr Julius added, “Let me just confess that I can’t wait to return to the pitch because I miss everything about it, especially the glamour and I don’t think there is any job as interesting as coaching.

“We have been badly hit by the coronavirus but we just pray that everything comes to an end. My boys have been training individually and we’ve been supervising and trying to keep in touch with them to see how they are doing.”