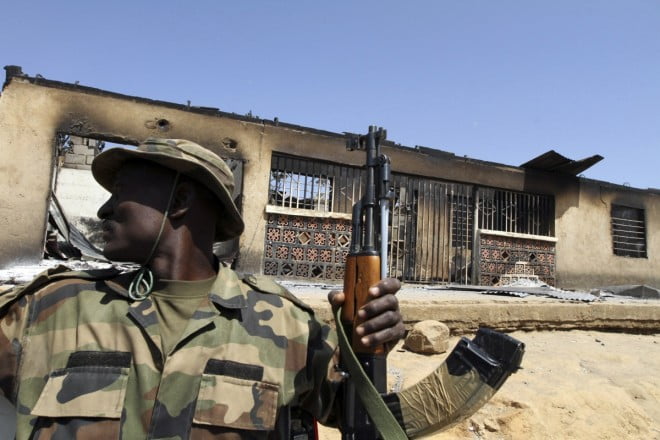 Boko Haram reportedly launched an attack on the Nigeria Military barracks in the ancient Borno State.

The development was confirmed by military personnel who pleaded anonymity that the barracks was attacked at about 11:20 pm on Monday, July 13, 2020.

According to the source in a conversation with newsmen, the insurgent stormed the barracks shooting sporadically, though the soldiers retaliated but the insurgents had already surrounded the barracks, the military personnel noted.

Naija News understands that the barracks which was attacked was just a few meters away from the Nigerian Air Force base in the state.

Reports also had it that the insurgents had earlier attacked some parts of the city including the Maiduguri-Damaturu road where they abducted some travellers before heading to the barracks.

A resident in Maiduguri who gave his name as Tajudeen Umar disclosed to newsmen that he was woken up from sleep this morning from a loud explosion, noting that exchange of fire is still ongoing between the military men and the deadly group.

“We are under serious attack in this city. Sounds of gunshot and bombs from different direction. I can’t tell precisely where this is from but the sounds are clear,” he said.

Efforts to confirm the attack from the spokesperson of the Nigerian Army, Musa Sagir, however, proved abortive as his lines were out of reach at the time of filing this report.

Meanwhile, Naija News reported earlier that 602 repentant Boko Haram fighters on Monday, swore an oath of allegiance to Nigeria and are set to be reintegrated into the society.