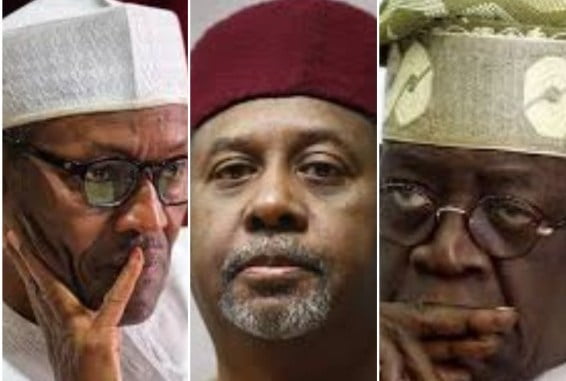 In a statement he personally signed on Sunday, Dasuki denied working for the All Progressives Congress (APC) presidential candidate, Muhammadu Buhari.

The Sokoto prince, however, admitted that he was involved in an attempt to form an alliance in the 2011 election between the Action Congress of Nigeria (ACN), the All Nigeria Peoples Party (ANPP) and the Congress for Progressive Change (CPC).

According to the former security chief, he no longer involved himself with any alliance after the 2011 general election.

“At first, I found the report too ridiculous to take serious but on a second thought, I felt it would be appropriate not only to debunk it but to put the records straight especially in view of politics of mischief and character assassination that are unfortunately the norm today,” he said.

Dasuki also revealed that he told President Goodluck Jonathan in 2012 that he had a relationship with (then) General Muhammadu Buhari of CPC, Asiwaju Bola Ahmed Tinubu of ACN and Chief Ogbonnaya Onu of ANPP.

“I, however, assured President Jonathan that I would never betray him. As a man of honour, I kept to my words,” the former NSA added.