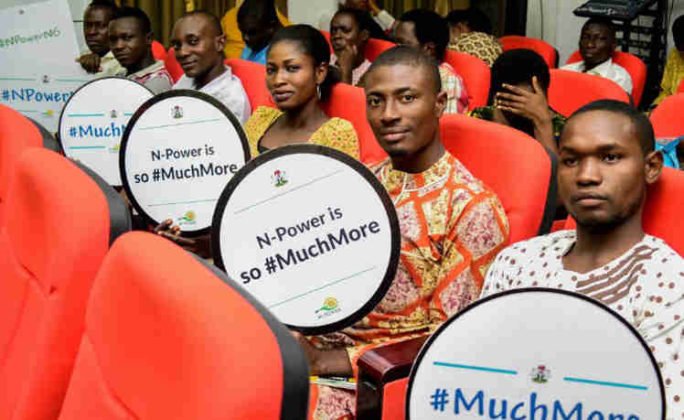 Batch A beneficiaries of the federal government social intervention scheme, N-Power have been given a reason to smile despite their recent exit from the scheme.

This is as administrators of the scheme confirmed that the affected beneficiaries will get their June stipends.

This development was confirmed on Saturday, 4th July in a tweet from the scheme’s official twitter handle in response to a question asked by a beneficiary.

An individual with Twitter username AishaPai1, asked if Batch A beneficiaries will be paid for the month of June. She got a direct reply that said: ‘yes ma’am,’ which directly implies they will definitely be paid.

See the screenshot below: 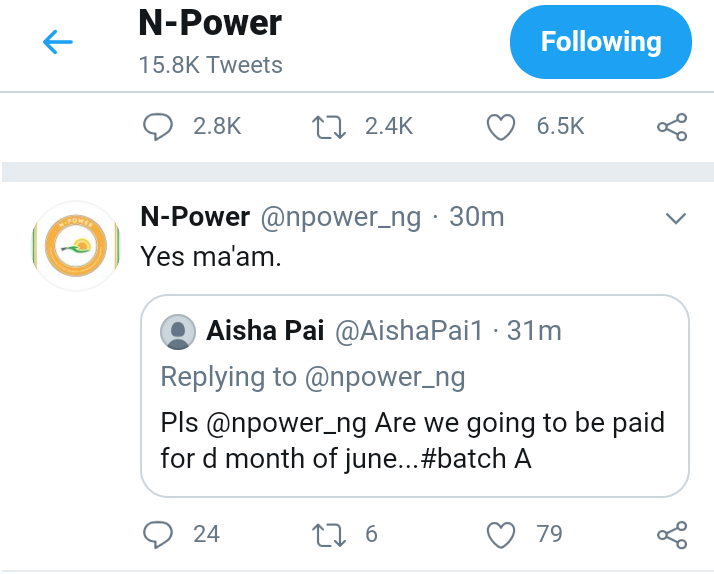 By implication, since Batch A beneficiaries will be paid their June stipends, it is expected that Batch B beneficiaries who will be exiting the scheme at the end of July 2020 will also get their July stipends.

Meanwhile, Naija News previously reported that over three million Nigerians have applied for employment as beneficiaries of the Batch C N-Power scheme since the portal opened on June 26.