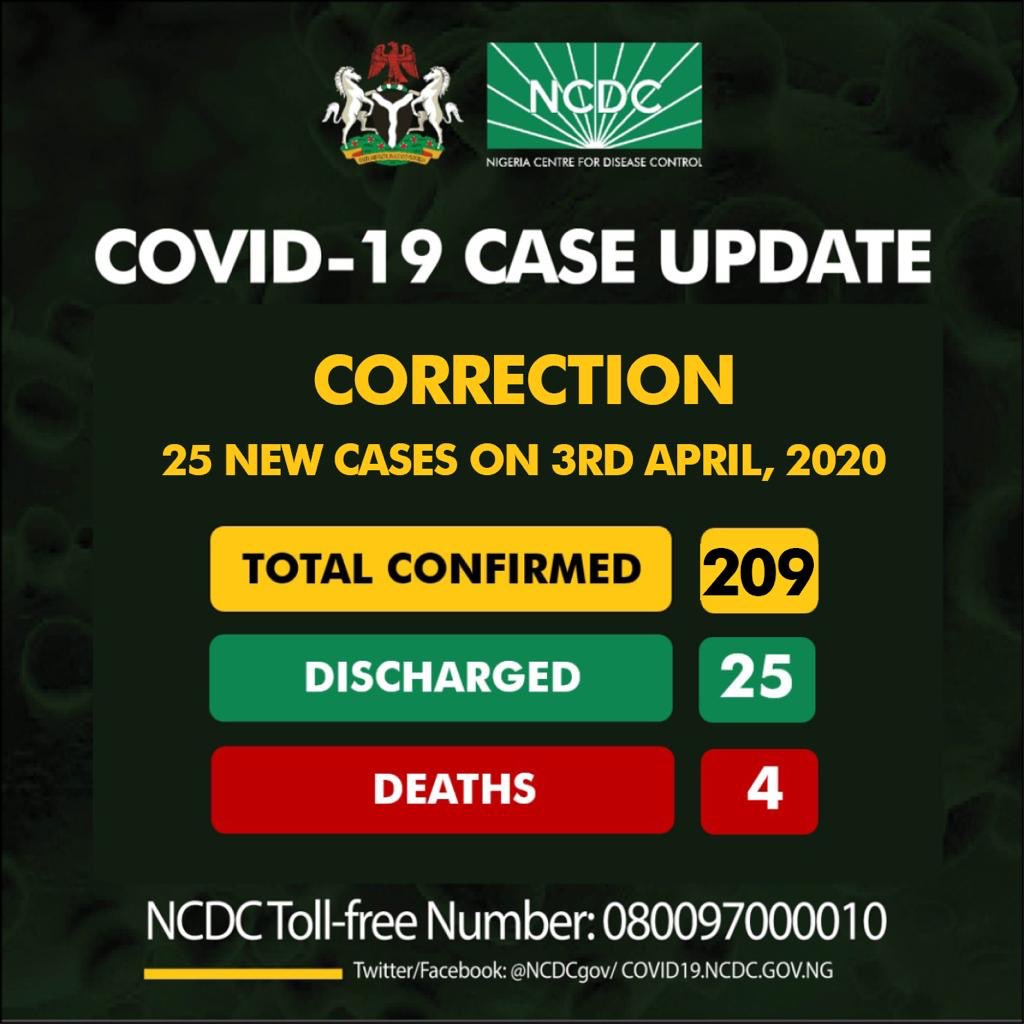 The Nigeria Centre for Disease Control (NCDC) has admitted a mistake in the earlier announced confirmed cases of Coronavirus in Nigeria.

According to the update on the NCDC official Twitter account on Saturday, there was an error from the 26 cases of COVID-19 which was announced on Friday, April 3, 2020.

The update noted that there were just 25 new cases of the COVID-19 that the 26th reported case was a repetition of a previous case.

See the new update below as announced by the NCDC:

On 3rd of April 2020, we reported 26 new cases of #COVID19 in Nigeria. An error has been discovered in this report as follows:

⚫️ There were 25 new cases of #COVID19 in Nigeria. The 26th case was a repeat result of a previously confirmed case and NOT a new case pic.twitter.com/oq2FA6zvpY

Of the 25 new cases reported, 1 case was inadvertently reported from Osun state. This case was from OYO STATE

The correct breakdown is as follows:

For a breakdown of cases by states- https://t.co/zQrpNeOfet

We regret the error in our announcement of new #COVID19 cases in Nigeria yesterday.

Meanwhile, Naija News had reported earlier that the Osun State government has allegedly launched a manhunt for six persons with a confirmed case of COVID-19 pandemic

It was reported that the six persons belong to a cluster of COVID-19 cases who returned to their hometown, Ejigbo, from Ivory Coast last week escaped from an isolation centre in Ejigbo on Friday night.