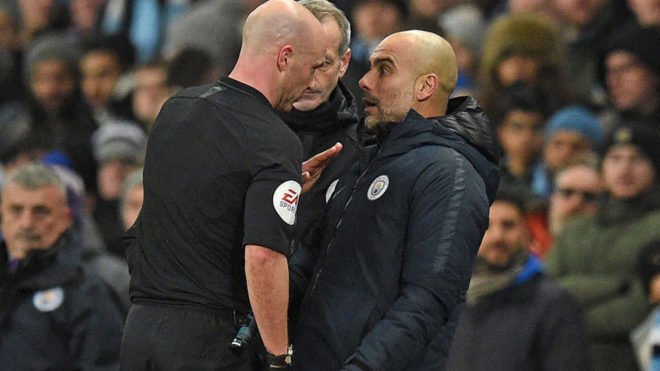 Following a two-year ban of game participation issued to Manchester City by UEFA for breach of a law, City Boss, Pep Guardiola has reacted on Tuesday ahead of their Wednesday clash with Real Madrid, that he has been presented a prove that City is vindicated of the financial irregularities as alleged by the European body.

Naija News understands that Manchester City on Wednesday, 26th February will battle Real Madrid in the Champions League 16th round.

According to Guardiola while speaking on Tuesday at Santiago Bernabeu as they prepare for their next game, City has found out an “irrefutable evidence” that they have not violated FFP regulations.

“We were under suspicion for a long time, we have the right to appeal and I trust the people in my club,” said Guardiola. “They explain the reasons, they showed me the arguments and the proofs. We are optimistic that finally if we deserve to be in the Champions League we can do it next season, if finally, it doesn’t happen we have to accept and move forward.” He said.

“My trust is with the club. I know them. We are going to see what happens with CAS.

City won the last two Premier League titles, but the club manager, Pep Guardiola, has failed to win the Champions League with his side since he moved to the Etihad.