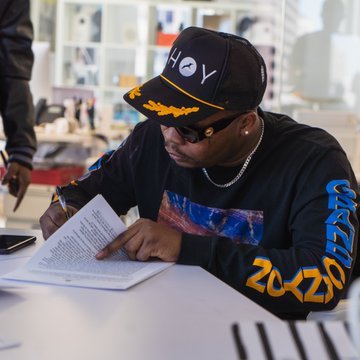 Naija News learnt that the YBNL boss announced his label’s new feat via a brief statement on Twitter.

Here is Olamide’s tweet below celebrating the new achievement.

Nigeria going global ??? Excited to continue this journey with you and the YBNL family ? @olamide_YBNL #Olamide #YBNL pic.twitter.com/s8ct93Y6FL

He also thanked his fans for their patience.

“Big thanks to the fans for holding on for so long and believing.. Switching it up n f***ing the world up is the motive. So make nobody fear when gobe start…”

Olamide also hinted that he and Fireboy DML each have an album coming on the way:

“Time to get to work and serve you guys new Baddo album and new Fireboy album ????? who’s ready ? #YBNLEMPIRE,” the rapper said.