A trailer accident on the popular Lagos-Ibadan Expressway has caused a total lockdown of movement on both sides of the expressway on Wednesday.

Reports gathered by Naija News reveals that there is no movement on both sides of the expressway due to multiple trailer accidents which has brought all forms of vehicular movement on the road to a total standstill.

As at the time of filing this report, the Federal Road Safety Commission (FRSC) and other traffic and security agencies were battling hard to free the road and restore movement.

Meanwhile, road users have been warned to reconsider their movement before using the expressway or find alternative routes pending when movement will be restored.

See video and pictures of the current situation on the expressway. 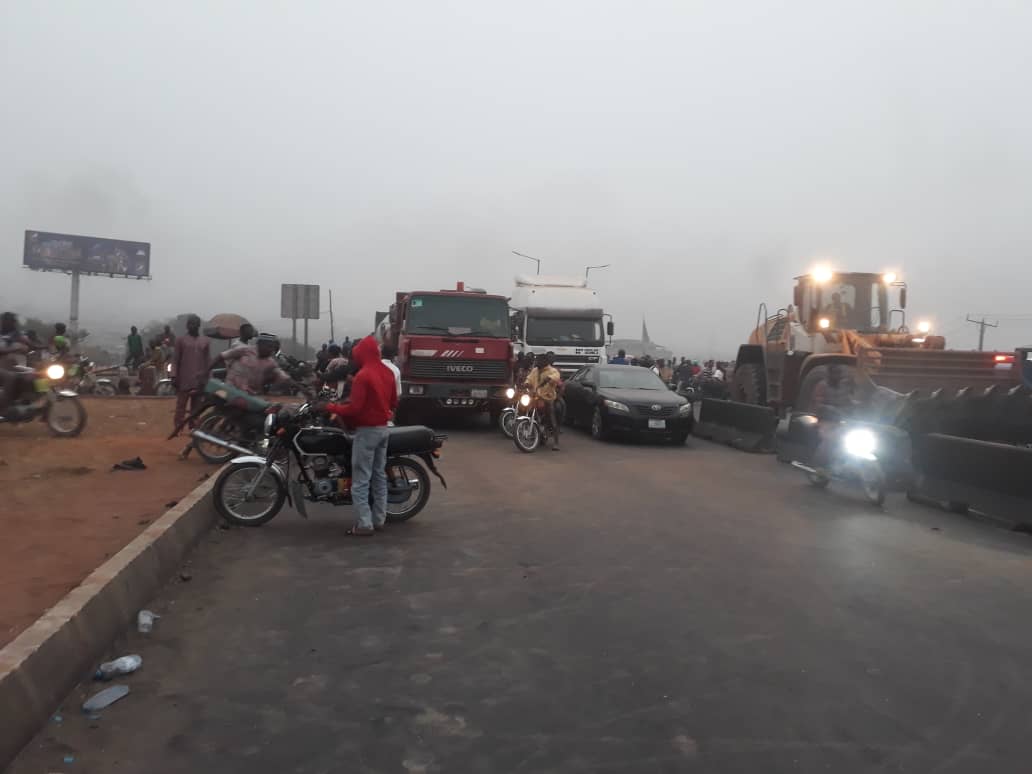