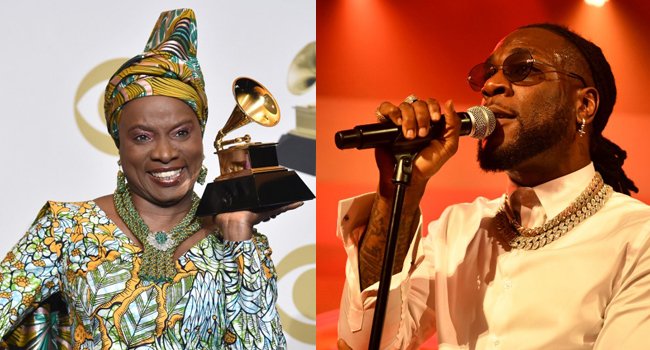 Naija News understands that in the musical industry, Burna Boy is one of the recognized artists whose song has paint-white the way Africa is perceived all over the world.

This was confirmed by the 2020 Award Award Winner, Angelique Kidjo, while speaking in the event which was held on Sunday, 26th January.

The Beninese singer and songwriter said; “Burna Boy is among young African artist changing the way our Continent is perceived,”.

Naija News recalls that the 2019 Grammy Awards Winner in the same category was won by Kacey Musgraves, with Cardi B emerging the first woman to win best rap album as a solo artist.

However, Nigerians and lovers of Burna Boy across the world, has showered praises on the singer for making it this far, and how he has made them proud as a singer.

Though he had lost the Award to someone, it was all cheers to the African Giant for the height.