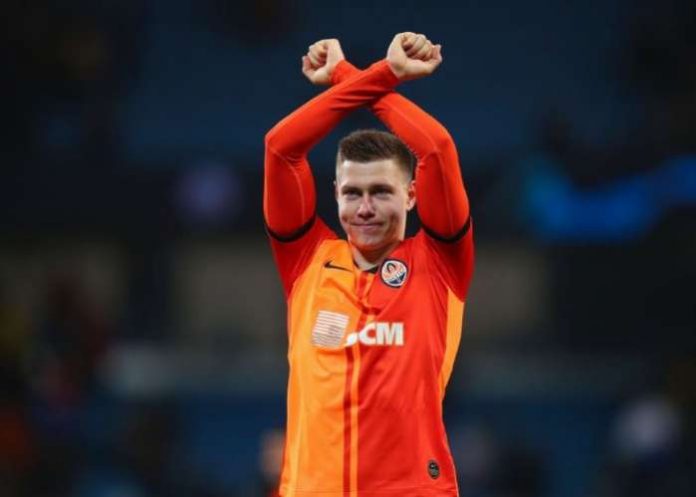 Arsenal are understood to have shown interest in signing Ukrainian centre-back Mykola Matviyenko with hopes of completing a deal during the January window.

This was confirmed by Yuriy Danchenko, the agent of Matviyenko even as he expressed hopes of successful talks and a transfer during the current January window.

Naija News understands Matviyenko is currently on the books of Shakhtar Donetsk.

“Recently, my colleagues and I have been in constant contact with Arsenal representatives, and we have meetings,” Danchenko said.

“The Gunners’ representatives have already contacted Shakhtar and we hope that these negotiations will be successful.

“[Shakhtar] do not so often sell their academy products to the leading clubs in Europe, so this transfer can be very significant for them. Let’s see how things unfold further. Arsenal wants to complete the operation by February 1 – in the current transfer window.”

The 23-year-old defender has 26 caps for his country and played a starring role in keeping Portugal and Cristiano Ronaldo at bay in a Euro qualifier back in March, drawing 0-0.

Injuries and suspensions to key players make defensive signing a priority for Arsenal and signing Matviyenko is expected to be a step in the right direction for both player and club.