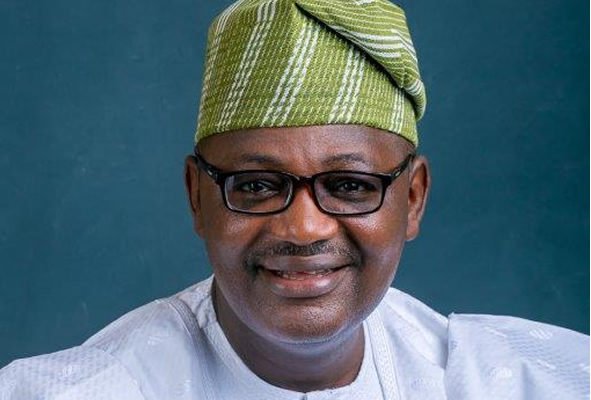 The governorship candidate of the African Democratic Congress, Gboyega Isiaka, has revealed that he alongside Believe Movement members did not form an alignment with the Governor of Ogun State, Dapo Abiodun, to get political positions.

Recall that the former governorship candidate and his followers defected to the All Progressives Congress as Gov. Abiodun promise them an all-inclusive government.

Isiaka in his statement noted that he joined hands with the state governor so as to contribute to the development of the state.

The ADC governorship candidate stated this while reacting to the insinuation that he and his followers did not make the recently released commissioner list.

Isiaka in a statement through his spokesperson, Bolaji Adeniji, on an Abeokuta radio station, stated that they defected to APC because of his belief in Gov. Abiodun.

Adeniji further stated that members of the Believe Movement could be appointed into Abiodun’s government as Special Advisers, Senior Special Assistants, Chairmen of boards and others; adding that this would accord them the opportunity to play vital roles in developing Ogun State.

“We didn’t sign an MoU with Gov Abiodun. There was no negotiation. It’s just a mutual understanding based on alignment of values. We didn’t sit to share commissionership or political positions. We didn’t have any official agreement or MoU. What we had was mutual respect and opportunity for us to contribute to developmental conversation at the state level and at the local government level.”

He further state that Gboyega Isiaka would not contest against Abiodun in 2023.