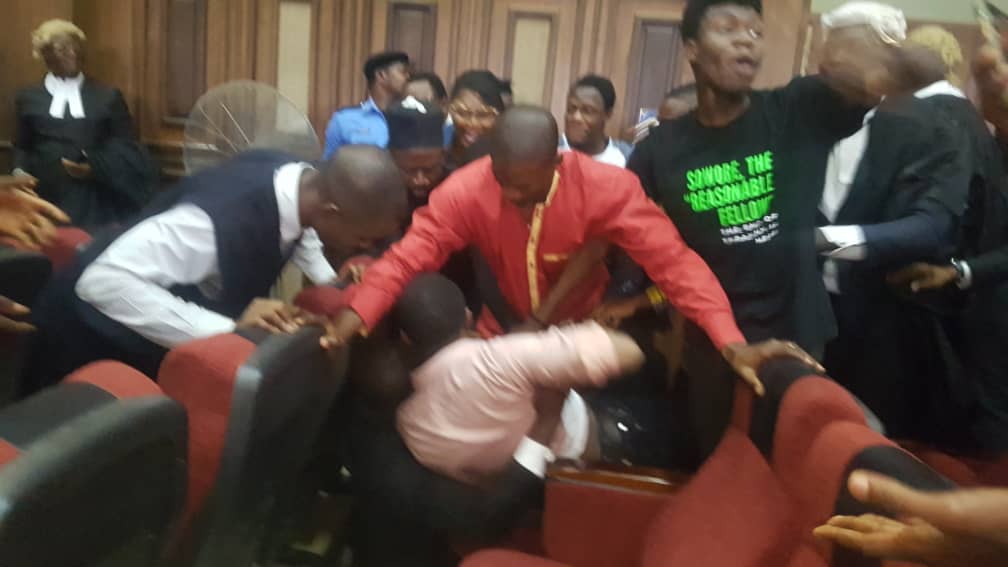 The co-convener of Bring Back Our Girls (BBOG) campaign, Aisha Yusufu has revealed why President Muhammadu Buhari sent operatives of the DSS to rearrest Omoyele Sowore.

However, the secret police on Friday morning re-arrested Sowore in the premises of the Federal High court, Abuja and reportedly took the activist to the DSS headquarters.

Reacting to the arrest in a post on her Twitter page on Friday, Aisha Yusufu stated that Buhari gave DSS the directive because he knows Nigerians will be silent,

According to her, “The only reason why General Buhari will send DSS to the court, to go arrest Sowore inside the court, is because of you.

The only reason why General Buhari @MBuhari sent DSS to arrest Sowore inside the court is because of YOU! He knows you will be silent! He knows cowards will always find excuses for their cowardice!#FreeSoworeNow pic.twitter.com/69Bm6prO0y