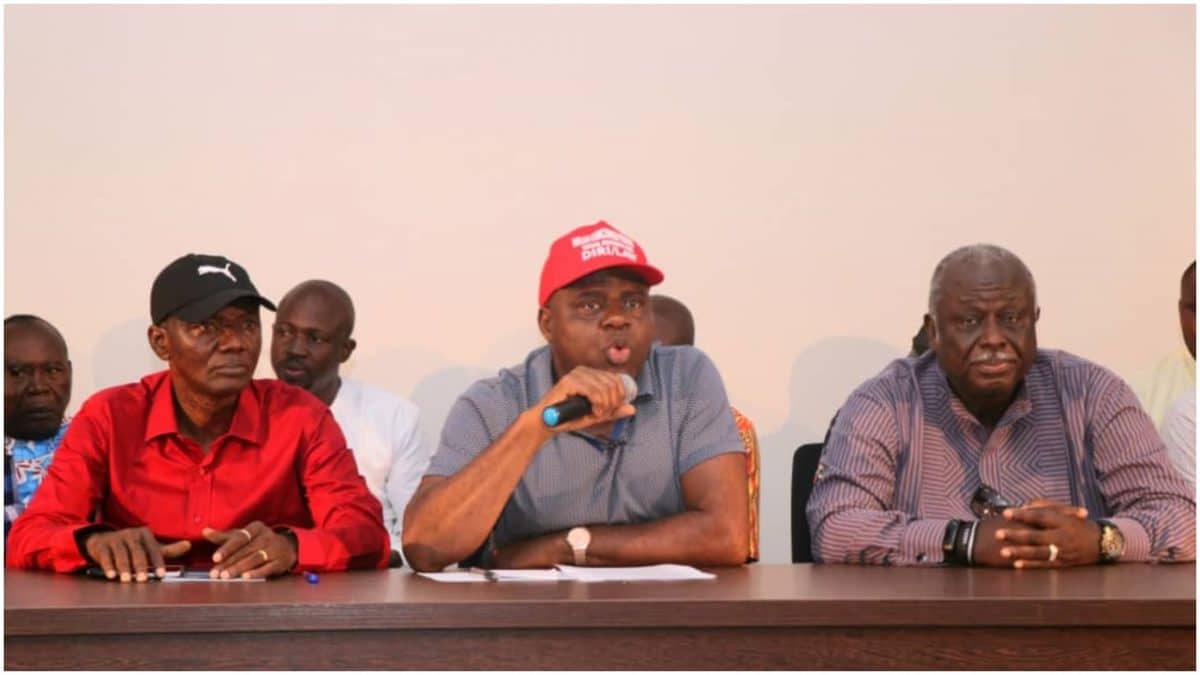 The 2019 governorship candidate of the Peoples Democratic Party in Bayelsa State, Douye Diri, has noted that he won the November 16 election.

The PDP candidate charged the Independent National Electoral Commission (INEC) to declare him the winner of the election.

Naija News recalls INEC had declared David Lyon of the APC winner of the governorship election in the oil-rich Bayelsa State.

However, Senator Diri stated while speaking with newsmen in Yenagoa on Monday, that the results monitored by his party’s situation room in the eight local government areas, reveals that he won and should be declared the governor-elect of Bayelsa state.

He further stated that he scored 98,582 votes while the candidate of the All Progressives Congress scored a total of 55,903 votes in the election.

The PDP governorship candidate while giving a breakdown of the figures, claimed that PDP scored 4,096 in Brass local government area, while the All Progressives Congress (APC) got 2,525.

He noted that it was illegal for APC to contest in the election because of the case before the court and urged INEC to disqualify the APC.

Denator Diri claimed that he did not contest against the APC candidate who had been disqualified by the court before the election.

The PDP’s agent, Chief O.O. Osusu, said there were two subsisting court judgements before the conduct of the November 16 Governorship election, stressing that it was wrong for the APC to be on the ballot.

In separate speeches, governorship candidates of the Green Party, Eniye Zidougha, APGA, Fayeofori Bob-Manuel, Okiah Jones of Masses Movement of Nigeria as well as several other guber candidates who spoke, lampooned INEC for declaring the candidate of the APC, Chief David Lyon winner.

According to them, despite obvious irregularities including the use of the Nigerian Army to intimidate voters and subvert the will of the people, the electoral body still went further to announce the results.

The governorship candidates charged the electoral body to produce the court order which cleared the APC to participate in Saturday’s governorship election.

He questioned the use of returning officers from one particular university at the collation center who they noted were influenced by the APC National Chairman, Adams Oshiomole to rig the polls.

The Chairman of Ogbia local government area, Hon Ebinyon Turner recalled his ordeal in the hands of soldiers of the Division 6 of the Nigerian Army who arrested him and other party members during the election.