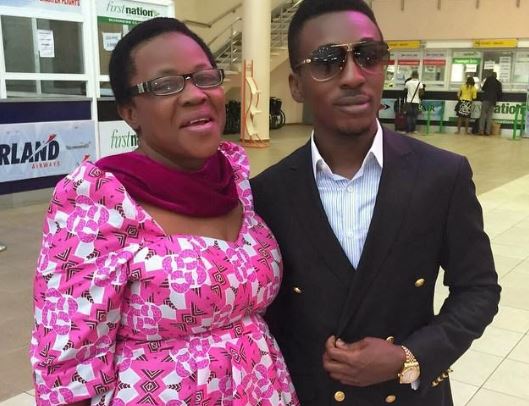 Nigerian gospel artiste Frank Edwards has shared a testimony of how the devil failed on an attack on his mother.

Taking to his Instagram, the award-winning singer shared the story as he also thanked God for coming through for him.

The artiste hinted that he spent the day praising God when the enemy was at war with his mother, not knowing that he was in a battle.

He went further to describe the Devil as an ‘Olodo’ hinting that his family have a strong covering from God.

Praise the Lord with me fam?? I was worshiping God all through yesterday I didn’t know I was fighting a battle ??‍♂️ Don’t joke with worship fam!!!

However, controversial and outspoken OAP, Daddy Freeze has berated the gospel singer’s idea of Satan being a “killer ” which according to him is a wrong perception.

According to Daddy Freeze, he has publicized the misconception that Satan kills, and that “Satan NEVER killed anyone in the entire bible.” and even the Old and the New testaments attest to this…

“My dear brother I’m glad that your mother is doing well now.
–
However, you have publicized another popular misconception that forms the core of the current ‘christian’ belief system in Nigeria, that has no basis in scripture or theology.
–
This delusion has enjoyed great prominence in the minds of Nigerian Christians, who were erroneously schooled into believing unscriptural distortions by greedy charlatans, making a fortune off them.
–
Satan NEVER killed anyone in the entire bible, Both the Old and the New testaments attest to this, so why has he suddenly opened office in Nigeria to kill the parents of gospel musicians??”