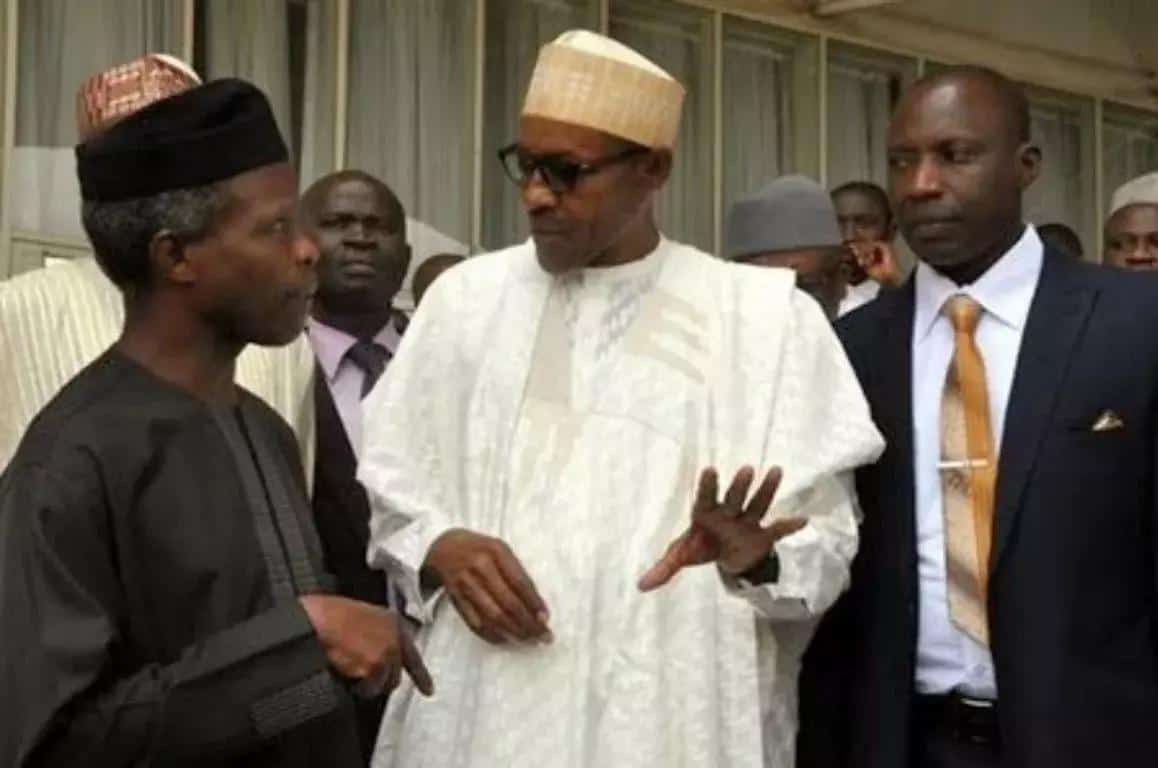 Naija News reports that some Nigerians on social media had mocked Osinbajo for being sidelined and his functions passed over to Buhari’s Chief of Staff, Abba Kyari.

This is following the decision of Kyari to present the amended Deep Offshore Act to Buhari in London on Monday for signing into law.

A bill some Nigerians believe should have been signed by Osinbajo.

Reports also emerged on Wednesday that President Buhari had allegedly sacked 36 aides in the Office of the Vice President.

Reacting to the various development on his Twitter page, Fani-Kayode listed 10 ways Osinabajo has been undermined.

He wrote: “1. His helicopter crashed but instead of him to proceed to a hospital, his boss asked him to continue sharing trader money.

“2. A SAN and Prof. of Law, yet under him lawlessness is practised: he deputises for a fellow who has no proof of both primary and secondary education.

“3. They took a Bill to the United Kingdom for your boss to sign and publicised it to further humiliate you.

“4. As an ERRAND boy, your boss sent a junior Minister to represent him in an event that you were present

“5. A real ERRAND boy! They have removed all your aides from Aso Villa to a rented apartment in Maitama.

“6. ERRAND boy, you went and knelt before Abba Kyari to stop the criminal investigation against you.

“7.We told you this would happen but you refused to listen. Today, your two bosses, Tinubu and Buhari, are against you.

“8.Sorry! With this latest humiliation of taking a document to an ailing man without recourse to you, it serves as a confirmation that you are now a certified ERRAND boy.

“9. The latest is that your boss has now sacked 36 of your aides in your office. Are you waiting for them to lock you out of Aguda House before you resign and go back home to Ikenne?

“10. We don’t pity you. You opted for it. While he’s in the United Kingdom he sent you to his village Daura to attend the turbaning/coronation of an unknown Chief. So sad! We pray you receive sense.”