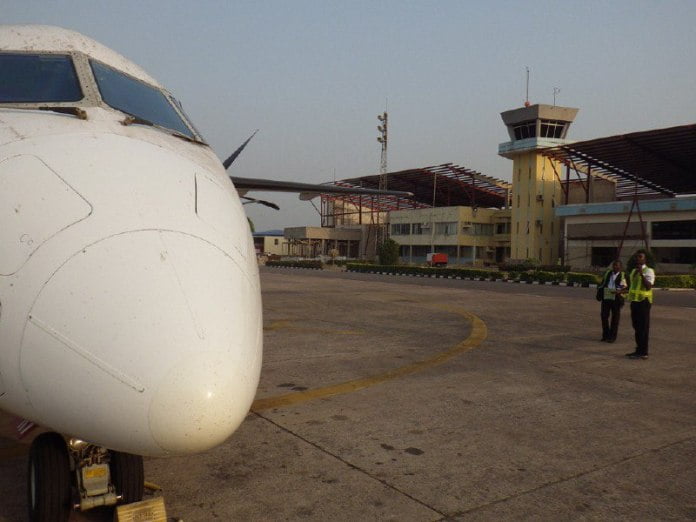 A group, the Ohanaeze Ndigbo Youth Council, Worldwide has issued a warning to the Federal Government over the deadline for the completion of the Akanu Ibiam International Airport in Enugu.

Naija News understands that this comes amidst the extension deadline from December 2019 to April 2010 by the Aviation Ministry.

While reacting to the development, the group said any further shift in the date from April would be stoutly resisted.

The group made this known in a statement jointly signed by the groups President General, Mazi Okechukwu Isiguzoro, and the Secretary-General, Mazi Okwu Nnabuike.

The Youth group said that it has diligently studied the recent explanation of Minister of Aviation Hon. Hadi Sirika before the House of Representatives, on the extension of time for the re-opening of the airport.

They, however, said Igbo youths would give him the benefit of the doubt to prove “if he relocates in earnest to Enugu to monitor the progress of the rehabilitation of the entire facilities on the Airport, to meet up the international status by all standards which include, the installation of Night landing facilities to accommodate more international flights that use night landing facilities which had been missing in the airport for decades now.

“We expect the completion of the New terminal building with modern amenities abandoned deliberately after the exit of Former Aviation Minister, Sen Stella Odua, and expansion of the runaways.

“We wish to remind Sen Hadi Sirika that we are already on the ground monitoring the situation independently. “We will not tolerate any substandard work as rumored and expect to see him relocate to Enugu earlier so to meet up with the new deadline as any further excuses for further delay beyond 2020 April will not be entertained.

“We urge Igbo to exercise patience till the new date of re-opening of the Akanu Ibiam Int’l airport for Easter celebration of April 2020.

“We assure Igbo that the palliative care and measures of southeast Governors through Engr Chris Okoye’s Committee will ensure tight security throughout the Xmas festival from Sam Mbakwe Int’l Cargo Airport Owerri Imo State to their destinations,” the statement partly read.