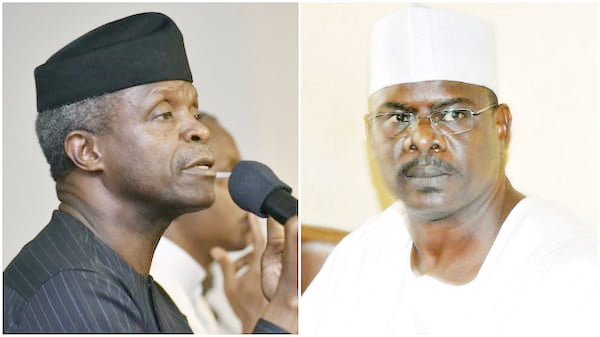 Naija News reports that the meeting which was behind closed-doors held at the Presidential Villa, Abuja.

The meeting started few minutes past 1pm at the Vice President’s office.

Recall that Ndume, had in June this year contested against Senate President Ahmad Lawan, who was the anointed candidate of the All Progressives Congress (APC) for the 9th Senate Presidency.

Ndume lost to Lawan during the election in the Senate.