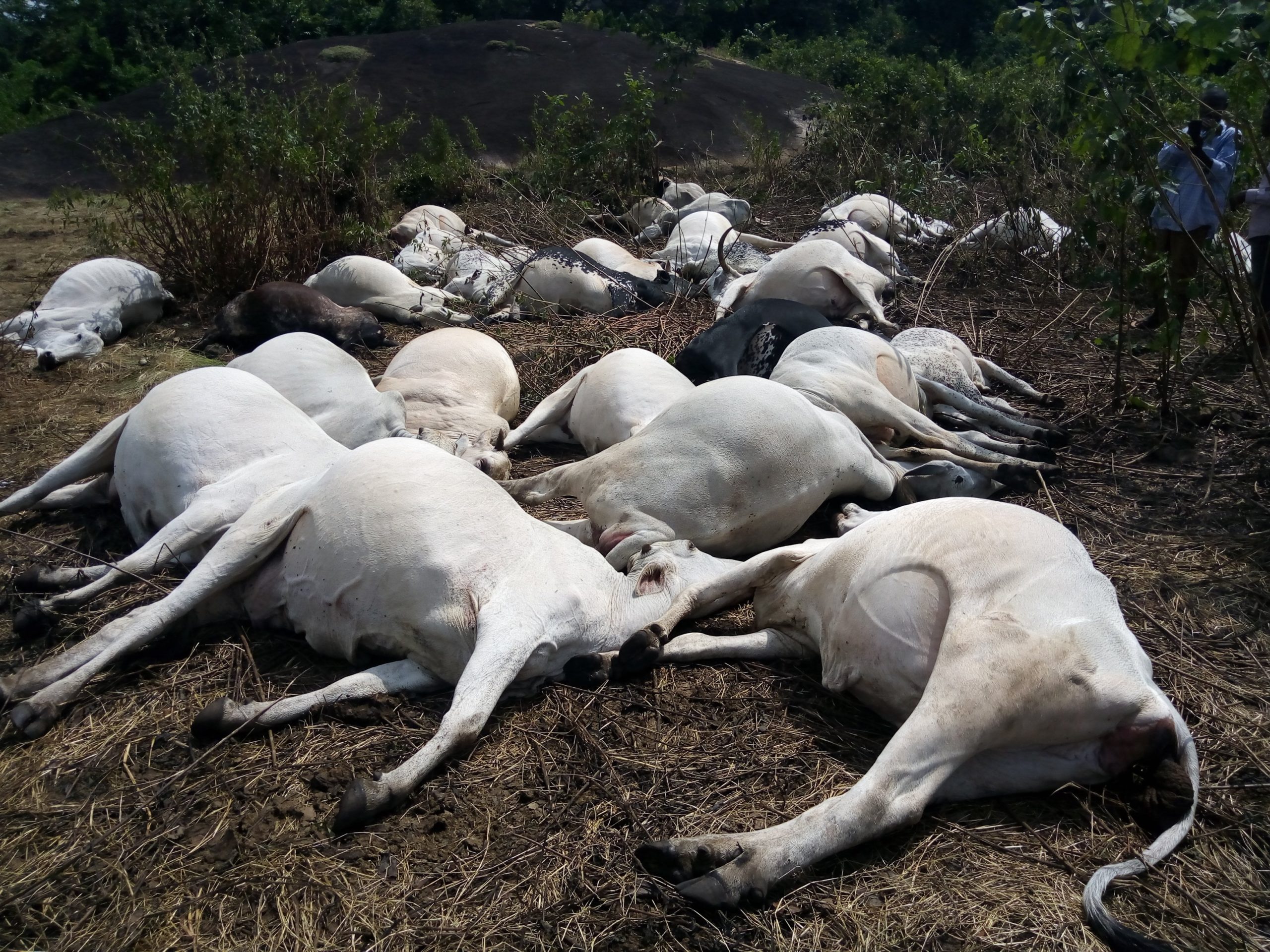 About 50 cows belonging to Fulani herdsmen have been struck to death by thunder and lightning in Ijare community in the Ifedore local government area of Ondo state.

Naija News understands that the cows were recently moved by Fulani herdsmen into the community’s sacred groove located on the town’s mountain top when the disaster occurred.

Naija News understands that the mountain top where the incident occurred had the cows laying down lifelessly, littering the ground.

A source who spoke on condition of anonymity described the incident as the wrath of their gods on the herdsmen as he claimed that the herdsmen desecrated the sacred groove which is forbidden in the town.

While the incident lasted, the herdsmen were reported to have taken to their heels, abandoning their luggage as they couldn’t help their cattle from dying.