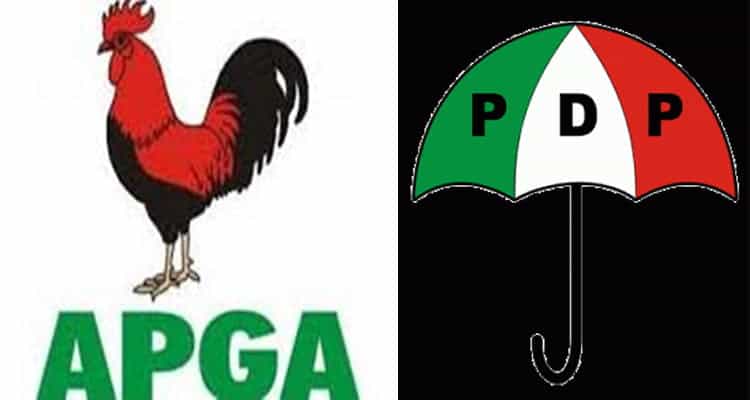 The election of David Ogewu of the All Progressives Grand Alliance has been nullified by the National and State Assembly Election Petition Tribunal sitting in Makurdi.

The Tribunal also declared Samson Okwu of the Peoples Democratic Party as the winner of the Obi/Oju Federal Constituency election.

The Chairman of the Tribunal, Justice A.A Adeleye, directed the Independent National Electoral Commission (INEC) to withdraw the Certificate of Return issued to Ogewu and give it to Okwu.

Adeleye gave the order while delivering judgement in the petition filed by Okwu against the election of Ogewu, where he declared that the petitioner won the election with a margin of 994 votes from the two Local Government Areas (LGAs).

Adeleye faulted the decision of INEC which declared Ogewu the winner without including results for Obi LGA in the final collation, pointing out that the margin of win, which the APGA candidate secured over the petitioner in Oju, was inconsequential.

The tribunal noted that the total number of registered voters from Obi which is 59, 411 far exceeded Ogewu’s earlier margin of lead.

He pointed out that the declaration of Ogewu as the winner of the Federal Constituency seat based on only the result for Oju, where he scored 12,794 votes against Okwu’s 6,797 was invalid.

Adeleye in his ruling stated that Ogewu did not the secure majority of the lawful votes cast from the two LGAs that made up the federal constituency.

He added that the tribunal has the jurisdiction to do the necessary arithmetic to include Obi result which Okwu of PDP scored 7, 543 votes against Ogewu’s 754.

He also deducted 252 votes scored by the APGA candidate in Oju LGA on the ground that they were allotted to him in error.

Following the final computation of result for the two LGAs by the tribunal, the two time House of Representatives Member, Okwu led the initial winner, Ogewu after securing a total of 14, 300 votes higher than his opponent, who polled 13,306.

He declared Okwu as the winner of the election, he noted that the petitioner’s witness convinced the court with evidence.

The tribunal said that the respondent’s witnesses failed to prove the allegation of violence in Obi Local Government Area during the election.