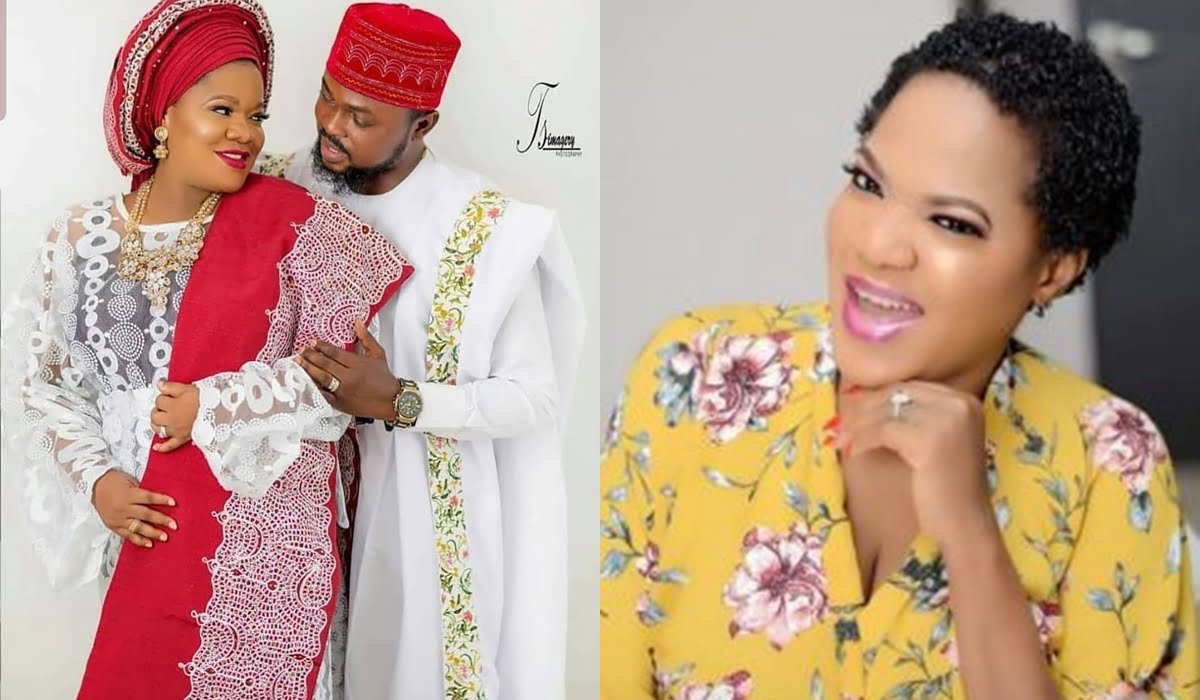 After various reports that Nollywood actress Toyin Abraham and actor Kolawole Ajeyemi are in a relationship, the two have officially tied the knot

The two parties have previously denied the rumored affair but it’s now confirmed as official engagement pictures have emerged as some of their colleagues in the industry have also posted the pictures via Instagram as they sent their well wishes to the new couple.