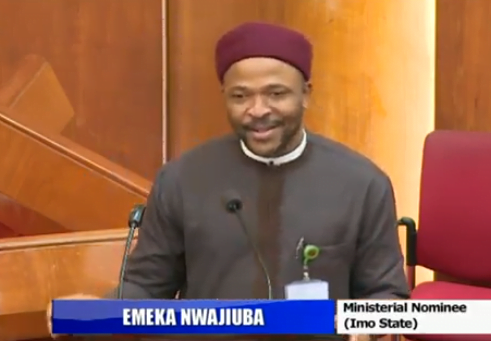 The Court of Appeal, in Abuja, has sacked Emeka Nwajuba as a member representing Ehimembano/Ihiteuboma/Obowo Federal Constituency of Imo State at the House of Representatives.

Naija News reports that Nwajuba was appointed Minister-designate by President Muhammadu Buhari in is yet to be inaugurated “Next Level” cabinet.

The Court of Appeal which ordered his removal from the House of Representatives ordered that he be replaced by Chike Okafor of the All Progressives Congress (APC).

The three-man panel of the Court of Appeal comprising Justices Adamu Jauro, Stephen Adah and Tinuade Akomolafe-Wilson upheld Okafor’s appeal, setting aside the April 29, 2019 order made by Justice Bello Kawau of the Kubwa Division of the High Court of the Federal Capital Territory which had ordered the certificate to be issued to Nwajuba.

The Court of Appeal held that the appeal was meritorious.

The panel said, “In the final analysis, I find that the lower court has jurisdiction to have revisited its ruling which bordered on the fundamental rights of the appellant. Consequently, the appeal is meritorious and is hereby allowed only on reliefs 1 and 2.”