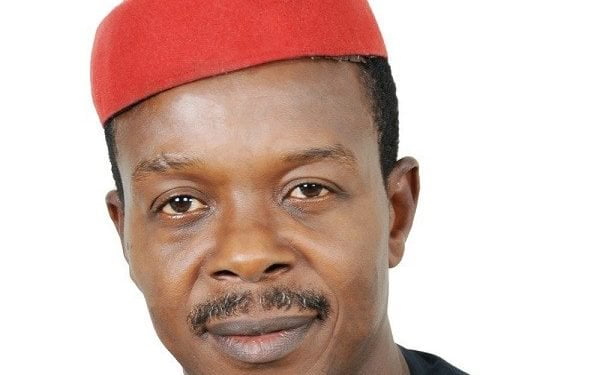 The senatorial candidate of the Peoples Democratic Party (PDP) in the February 23 senatorial election in Imo North, Hon. Patrick Ndubueze, has vowed to reclaim his mandate from Senator Benjamin Uwajumogu.

Naija News recalls that Uwajumogu was inaugurated on Friday as a member of the Ninth Senate following the issuance of Certificate of Return to him by the Independent National Electoral Commission (INEC).

Uwajumogu told reporters in Abuja that he clearly won the election and promised to serve his constituents better than he did in the Eight Senate.

While reacting to the inauguration of  Uwajumogu, a statement by his campaign director-general, Chief Greg Owuamalam, Ndubueze noted that INEC had been clear from the outset that the result sheets being paraded by Uwajumogu were “fake and forged and that there has not been any valid return made so far in the election.”

Ndubueze also noted his petition at the National and State House of Assembly Election Petition Tribunal is going on strongly and “we are upbeat that the Tribunal will do the needful.”

He said: “The Hon. Patrick Ndubueze Campaign Office has been notified that INEC has issued Senator Benjamin Uwajumogu with a Certificate of Return for the Imo North Senatorial District and was actually sworn in as a Senator in the 9th Assembly yesterday (Friday).

“While we note that this is a momentary setback to reclaiming our mandate which was stolen by the temporary holders of the certificate, we call on the entire people of Imo North Senatorial District to remain calm and go about their normal daily activities peacefully and lawfully as we shall not let anyone steal what was legitimately and freely given to their choice candidate, Hon. Patrick Ndubueze.”

“We are confident that the Nigerian judiciary will not let such acts as have led us to this political imbroglio in the Senatorial District to go without severe consequences as INEC has been clear from the outset that the result sheets being paraded by the temporary certificate holders are fake and forged and that there has not been any valid return made so far in the election.

“We wish to inform our people that our petition at the National and State House of Assembly Election Petition Tribunal is going on strongly and we are upbeat that the Tribunal will do the needful.

“We have also filed an appeal at the Court of Appeal, Abuja to nullify the ruling of the Federal High Court which ordered INEC to issue the Certificate of Return to someone who did not win the election.

“We shall also overcome at the Court of Appeal.

“We must commend INEC for its forthright stand so far in this matter.

“Despite all the shenanigans from the temporary certificate holders, the commission stood firm and insisted that its procedures were violated.

“INEC issued the certificate in obedience to court order and not because the commission was intimidated by the motely crowd that came to protest at its headquarters or the threats issued at the protest.”