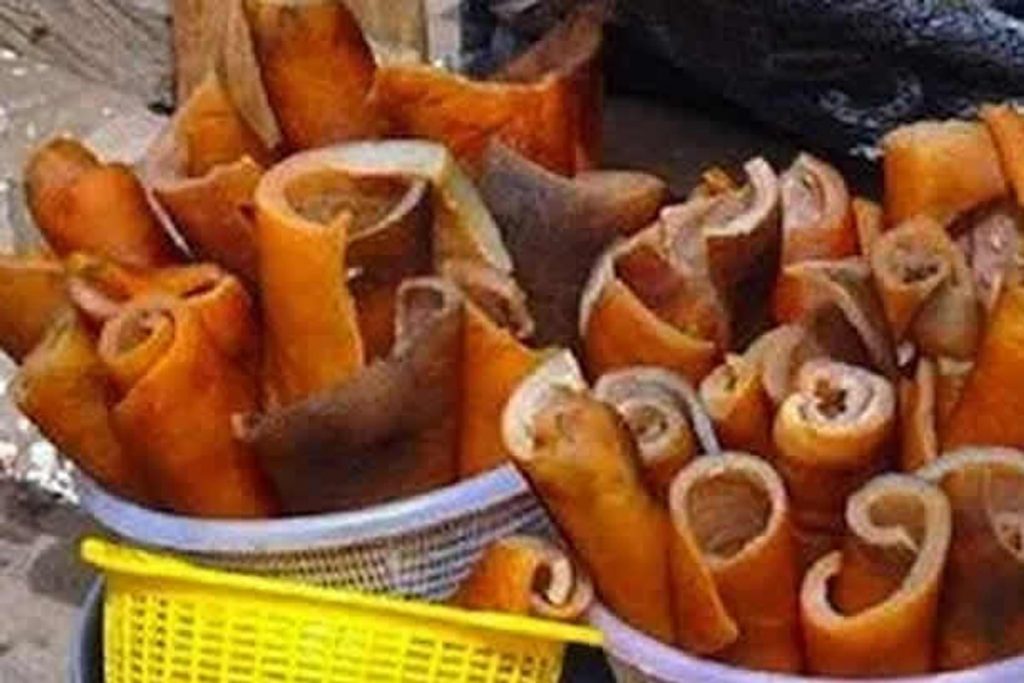 The National Agency for Food and Drug Administration and Control (NAFDAC) has again issued a stern warning to the general public, urging them on the need to be careful of the consumption of animal hides, better known as Ponmo.

Naija News understands that the agency made this known in a statement signed by the Director-General (DG) of the agency, Mrs Mojisola Adeyeye.

The statement stated that most of those animal hides were meant for industrial use and not for the consumption of the public.

Adeyeye revealed in her statement that some of the animal hides were pre-treated with industrial chemicals, which were not of food-grade and were toxic and injurious to human health.

According to her, investigations have revealed that some companies legally imported hides from countries like Lebanon and Turkey, while majority of the product were smuggled into the country through the porous borders.

“The Management of NAFDAC wishes to use this medium to alert the general public and in particular consumers of animal hides popularly known as Ponmo on the activities of some unscrupulous businessmen and traders.

“These imported animal hides are meant for industrial use by leather industries for the manufacturing of items such as shoes, bag, belt and others.

“Health hazards inherent in the consumption of such animal hides include risk of liver, kidney and heart damage, increased risk of Aplastic anaemia, central nervous system toxicity, cancer and many more,’’ she said.

The DG also noted in her statement that livestock farmers are also advised to note that industrial animal hides could not be used to manufacture animal feed.

“The associated chemicals will be stored in the tissues of these animals and will eventually end up in humans when consumed with the attendant effects.

“NAFDAC, therefore, encourage the general public to be vigilant and exercise discretion when purchasing animal hides, PONMO and indeed other food items,’’ Adeyeye said in the statement.

She stated that NAFDAC was fully alive to its responsibilities of assuring the safety, wholesomeness and quality of processed foods offered for sale to the public.

“The agency has increased the tempo of targeted and aggressive routine and unannounced inspections to monitor activities of animal hide merchants.”