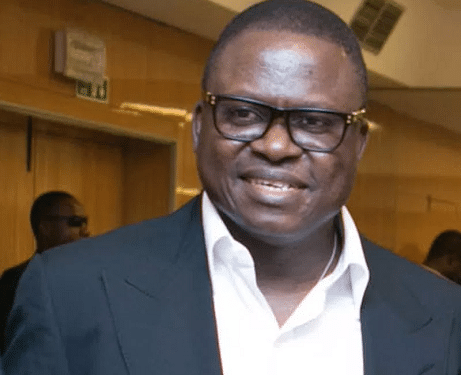 Ahead of the Bayelsa State governorship election, the former Managing Director of Niger Delta Development Commission, Timi Alaibe, has stated that he won’t defect from the Peoples Democratic Party.

Alaibe promised that he will not leave the ruling party if he failed to secure the governorship ticket during the September governorship primaries of the party.

The former MD of NDDC stated this during his visit to the secretariat of the Nigeria Union of Journalists (NUJ) in Yenagoa, the state capital on Thursday.

He expressed optimism of securing the party’s ticket ahead of the November 16 governorship election in the state.

“I have spoken severally on it (defection) and I hope you read it up. There is not going to be any crisscrossing again, the exigencies caused that at the time. You can look for the grammar to support that.”

“You saw me take the forms, you will soon see me submit them and we are running under the PDP. We will unveil very shortly our programmes and the details of our strategic plan for Bayelsa state.”

He also reacted to the abduction of the mother of a former Nigerian coach, Samson Siasia, he noted that the incident is a sign that all is not well with Bayelsa State.

“If we do not address the violence perpetrated by some youths, no company will come to invest here. Only a few days ago, the mother of our former coach, world-class player of yore, was kidnapped for the second time.”

“What does that tell you? It tells you that we need to address that sector. It’s not good news and it’s hoisted in the international space in the analysis of the risk of doing business in the state.”

“We need to re-image our state and rebrand our state. These people doing these things are our children. So, we are going to be a government that is responsible. We will enumerate our youths and know what they are doing.”

“We are not more than two million people. One laptop can enumerate all of us. It’s not rocket science. If you are still into tramadol, we will address it.”

“These things hurt the average parent. We have done this kind of thing before. We will disarm, demobilise, rehabilitate and reintegrate them into the society.”

”I am passionate about this. They say they own the street. We need to address it. In the first six months, I will resolve that matter.”