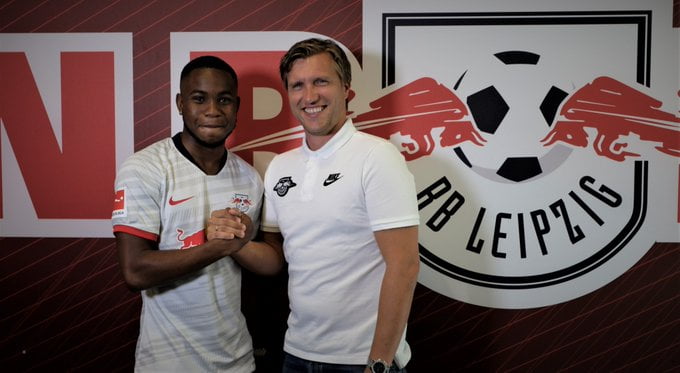 The 21-year-old winger signed a five-year contract which will keep him with the Bundesliga team till the summer of 2024. The deal is said to be worth £22 million ($27m).

Naija News reports Lookman previously spent time on loan at Leipzig during the second half of the 2017-18 season.

During his loan spell, Lookman scored five goals in 11 appearances and has now signed a permanent deal which will see him return to Germany.

Speaking about the deal, Lookman told Leipzig’s official website that he was delighted on securing a switch to the Red Bull Arena: “I am very happy to be back here and would like to continue where I left off in the second half of 2018 for RB Leipzig.

“Of course, I am also looking forward to seeing my team-mates again and would like to help the team to continue to celebrate great successes.

“Finally I can play again in the Red Bull Arena in front of this great backdrop and the fans. And last but not least, I would like to thank God, the fans and RB Leipzig for making my move possible.”

L?k who’s back! ❤️@Alookman_ has signed a 5-year contract and is here to stay ✍️?