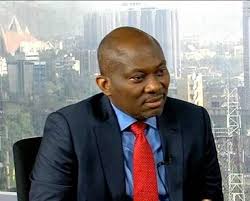 The Peoples Democratic Party (PDP) Board of Trustees (BoT) has to resolve probe the emergence of Ndudi Elumelu as Minority Leader of the House of Representatives.

The main opposition party BoT also set up a five-man committee to carry out the assignment.

Speaking to newsmen on Tuesday, PDP BoT Chairman, Senator Walid Jibrin said members of the committee have to submit their report within seven days.

He said: “We have decided to wade into the matter in the House of Representatives, as regards the minority leadership.

“To that effect, a committee has been formed under the Chairmanship of Senator Iyorchia Ayu, with senators David Mark, Ibrahim Mantu, Adolphus Wabara as members and Austin Opara as Secretary.

“They have been given a week to submit their report to the BoT and NWC after which a decision would be taken.”

He noted that the board will consult with the leadership of the party to avoid taking conflicting positions.