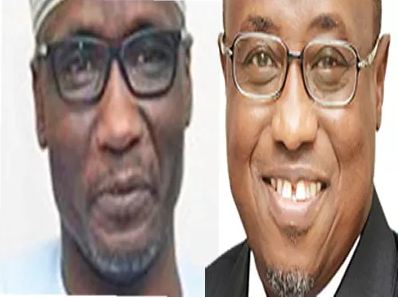 Maikanti Baru was not sacked by President Muhammadu Buhari to pave way for Mele Kolo Kyari as the new Group Managing Director for the Nigerian National Petroleum Corporation (NNPC), Naija News can report.

Kyari, who replaces Baru as NNPC GMD, will be the “19th Group Managing Director of the National Oil Company,” the statement added.

However, in breaking the news on Thursday, many online news platforms (Naija News not included), stated on their headlines that Baru was sacked.

A fact check by Naija News shows that Baru was not sacked as wrongly reported by some online news platforms rather was replaced by President Buhari, due to the fact that he has few days left for him to retire from service.

This online news platform understands that the Federal Government sets the compulsory retirement age in Nigeria for workers in the public sector and the age of retirement for NNPC workers is sixty (60) years old or thirty-five (35) years in service.

Born July 7, 1959, Maikanti Baru, will turn 60 years old July 7, 2019, and would, therefore, statutorily retire from service that same day according to the NNPC retirement age.

The development means Mele Kyari’s appointment as the NNPC GMD will take effect from July 8, 2019.