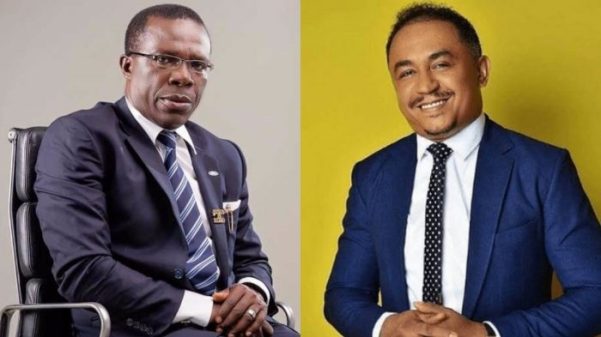 Popular Nigerian critic, and On-Air Personality (OAP), Daddy Freeze has faulted the method of evangelism used by Nigerian billionaire, Cosmas Maduka to preach the gospel on the street of Lagos.

Freeze made this known while reacting to a video surfaced on the microblogging site, Twitter, posted by Reno Omokri, in which the billionaire was seen preaching in a Lagos street.

Naija News recalls that Omokri had in the video wrote: “This is Cosmas Maduka, CEO of Coscharis Motors. Worth $800 million. An evangelist. He does not collect tithes or owns private jets. But, he evangelises in the streets.”

Meanwhile, in his reaction to this development, Freeze said Maduka was doing a good thing but faulted the efficacy of the method of evangelism, which he said contributed noise to the environment.