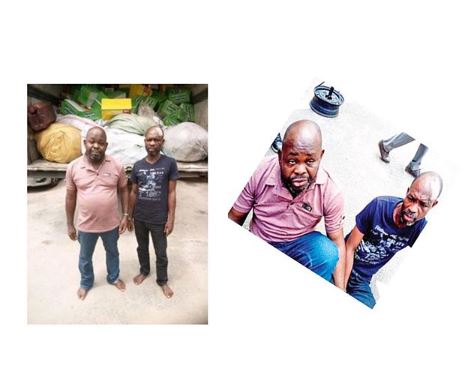 Security operatives in Abia state have apprehended a middle-aged truck driver, identified as Olarewaju John, for allegedly diverting the goods of his employer.

Naija News reports that John who is an employee of a logistics company was on an assignment to transport 30 tons of powdered milk worth N23 million, from Lagos to Abuja when he allegedly diverted the products on his way to Abuja.

John was alleged to have diverted the products to Abia State where he was apprehended alongside three other accomplices for their alleged involvement in the diversion.

The suspects arrested with John are; Adesoji Olarewaju (43), Sunday Ejirille (52) and James Oja (45).

They were tracked to Abia State where they were arrested and the goods recovered.