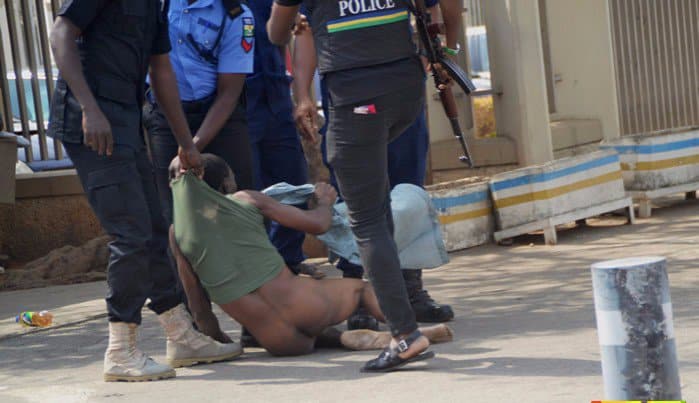 The Islamic Movement in Nigeria (IMN), whose members are popularly known as Shiites has alleged that some operatives of the Nigerian Police attacked and shot at their protesters on Friday, in Abuja, Nigeria’s capital.

Naija News reports that the protesters claimed that the Police officers shot at members of the Islamic group while they were observing a peaceful protest in the Nigeria’s capital.

In a statement obtained by Naija News, the group claimed that the Police attacked them today, a day observed globally by Shiite Muslims in solidarity with the oppressed people of Palestine.

The group claimed that the police fired at its people marching peacefully in Kaduna metropolis to mark the International Quds Day.

In a statement, the movement said many of its members were injured and arrested as a result of the police action.

Although the report made by the group is yet to be confirmed, the statement reads; “A large contingent of the police in battle gear had been threateningly patrolling the streets of Kaduna even before the commencement of the march.

“Hardly had the peaceful march started when the armed policemen opened fire without warning, with tear gas and live ammunition indiscriminately. This led to pandemonium on the busy streets of the central area.

“They were seen thereafter mounting road blocks and emergency checkpoints and diverting traffic away from the central area.

“This year’s Quds procession has been marked everywhere in the country peacefully except in Kaduna, where the Governor is in the mood of spilling innocent citizens blood in this holy month of Ramadan.”