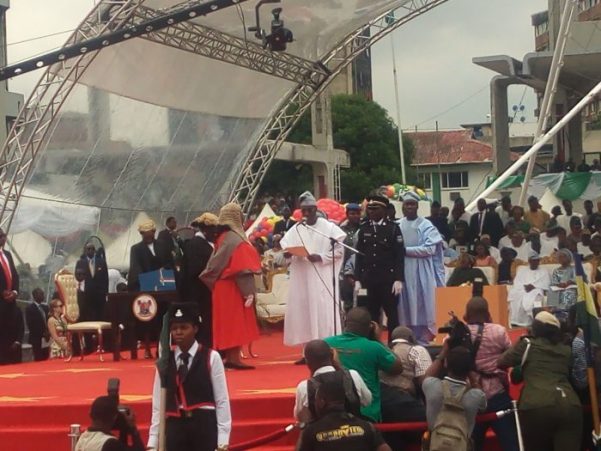 Babajide Sanwo-Olu has now emerged as the official and authentic Governor of Lagos state.

This is as the Lagos state Governor-elect was on Wednesday sworn-in as the 15th Governor of Lagos State at the Tarawa Balewa Square, TBS, on Lagos Island.

With the swearing-in, Sanwo-Olu also becomes the 6th civilian governor of Lagos.

Sanwo-Olu was sworn-in at around 11: 40 am by the Chief Judge of Lagos State, Justice Opeyemi Oke. 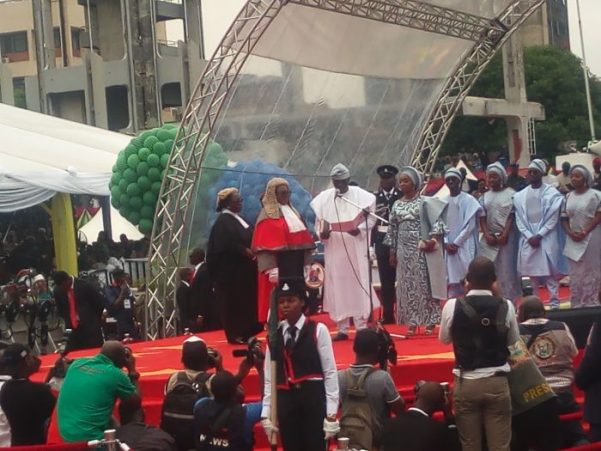 Shortly before Sanwo-Olu’s inauguration, Obafemi Hamzat was sworn-in as the Deputy Governor of Lagos State by the Chief Judge at around 11:20 am after taking the oath of office.

Naija News reports that Sanwo-Olu had arrived the TBS at around 10:30am, dressed in white attire as he was cheered by the crowd of well-wishers.