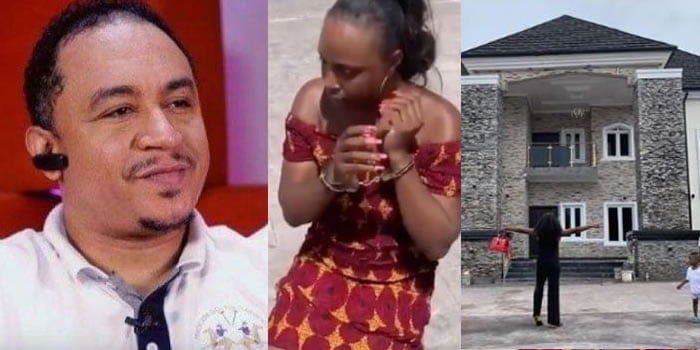 Controversial On Air Personality (OAP), Daddy Freeze says the church should be blamed for Blessing Nkiruka Okoro‘s arrest by Onye Eze, an Igbo businessman based in China, for claiming his house.

Naija News understands that Ms Okoro popularly known as Blessing CEO, who turned 30 recently, celebrated her birthday bash across three Nigerian states – Lagos, Abuja, and Port Harcourt after which she unveiled a new 7-bedroom duplex which she claimed was built by her.

Moments after the news broke, Daddy Freeze, who is known for always attacking religious leaders, took to social media network, Instagram to link the blogger’s arrest to the church.

His words: “Even if she is wrong, I do not support putting a woman through this level of humiliation.

“Join me today as I teach why the church is partly to blame for this.

“Many pastors have made greed their creed, teaching greed as a replacement for need,” the controversial OAP said.